1.Rabbit ( ساہ)   blood  was  used  for treating asthma (ساہ).Brandy was thought useful for curing Pneumonia  . I recollect a Brandy bottle was kept by Khala Ji for this purpose. I don’t know how Pneumonia was diagnosed without Xray chest. The medical use of alcohol gradually declined worldwide by 1930s as a result of better understanding of pathology and the pharmacology of alcohol and better alternative treatments.

2. Ammi Ji feared me having Tuberculosis and asked Mamu Rizwan for checkup in 1971. He was attending Dispenser course at civil hospital. He took me to X-ray department.  A technician performed Fluoroscopy and declared me free of TB. Now as a radiologist I feel that this was just a nonprofessional drama. But of course, Ammi Ji was satisfied.

4.Urine was an emergency treatment for cut. Kids were made to piss on their bleeding fingers. A useless man was described as. وہ تو  کسی کی زخمی انگلی پر پیشاب بھی نہیں کرتا. Paste of Turmeric and soap was applied to wounds
5. A white insect was common on Jujube tree in rainy season. This was also time for boils. We pricked it with a thorn to get a yellow paste. It looked like Burnol cream and was applied to boils. Children were bathed at Baba Ji spring (Choha)and its mud was applied to boils till 1980s.

6.In late 1960s treatment of conjunctivitis (eye infection) was washing eyes with Lifebuoy soap. Few well.to.do people offered a slice of (ولا یتی صابن) To needy one for this purpose.

6. Stye (eye Lid infection) had a funny treatment in our village.Patient knocked at door of someone at night. When asked. Who is there ? The patient replied (میں واں گل ترکلی ، مانہہ چھوڑ کے تُدں نکلی ) It is Stye….It is Stye  Leaving me and going to your eye. And of course, this conversation was followed by a bullet train race by the patient.Abdus Salam once tried this treatment by knocking at the door of Fazal Elahi weaver after Maghrib.

a. Abba ji had dental caries. He made elaborate arrangements to remove KEERA..( کیڑا…worm) from tooth. He made a hole at the bottom of clay bucket (لوٹا). He also made a reed (نڑ) pipe. Herbs (جڑی بوٹیاں) were burned to produce smoke.

b. The smoke was covered by Lota upside down. Smoke came out from the bottom hole . From here smoke was directed to the tooth by reed pipe. It compelled the nasty tooth worm to leave the tooth. Discolored spit Saliva was a False proof of it. To we kid all this was a TAMASHA in 1966.

c. Reliable sources add that a lady at Ahmadal (Khaur) was specialist of Tooth worm treatment. She followed the same super. scientific method as cited above.

d. Note. There is no worm. eating the tooth. It is just a cavity due to decaying of in tooth …Caries

8. AMRAT DHARA (امرت دھارا) Amrat Dhara, red colored drops were available with local shop keepers. It  is / was a first aid treatment for various internal and external problems. It had strong taste. The taste was made mild by putting Amrat Dhara drops on Patasa (بتاشہ)۔. The way medicines are sugar coated today.

a. Ghandi (Whooping Cough) was treated by Dum دم of Begum Khuda Bakhash.  During Dum she sometimes yawned. This was thought a good sign and surety of effective Dum.

b. With Dum she also played with the throat of child. I don’t recall whether she did so externally or put her finger into the throat.

a. Peer Khara in salt range was visited on special bus to have Annual Purgation (جلاب). Announcement was made about the schedule of bus beforehand. This was Health. Tourism of past.

b. People drank saltish water to get diarrhea to remove all diseases from body. They also brought this water back home.

10. In 1965 there was Malaria Eradication Program with American Aid. Whole village including Dhoks were sprayed with DDT (Dichloro Diphenyl Trichloroethane). This spray was a TAMASHA (تماشا) for we kids. We followed the spray team throughout the village. The spray resembled a thin white wash. Health workers came to school to

In this context I recall a motivational wall chalking at GTS bus stand Neela (Chakwal) in 1971.

12. In 1987 Abdul Hakeem Kashmiri had bad arm and he shouted with pain. It was believed that that some Lady Jinn was playing nasty. I went to see him and found that the forearm had gangrene, needing immediate surgery. He reluctantly agreed for amputation but by that time it was a bit late.

Tue Jun 7 , 2022
Post Views: 514 The original article کالا چٹا پہاڑ was written by our honorable writer Mrs. Samana Zahra for our Urdu section, translation is being presented here. Aagha Jahangir Bukhari To the south of the northern plain is the Kala Chitta range, which extends east to “west.” The rocks of […] 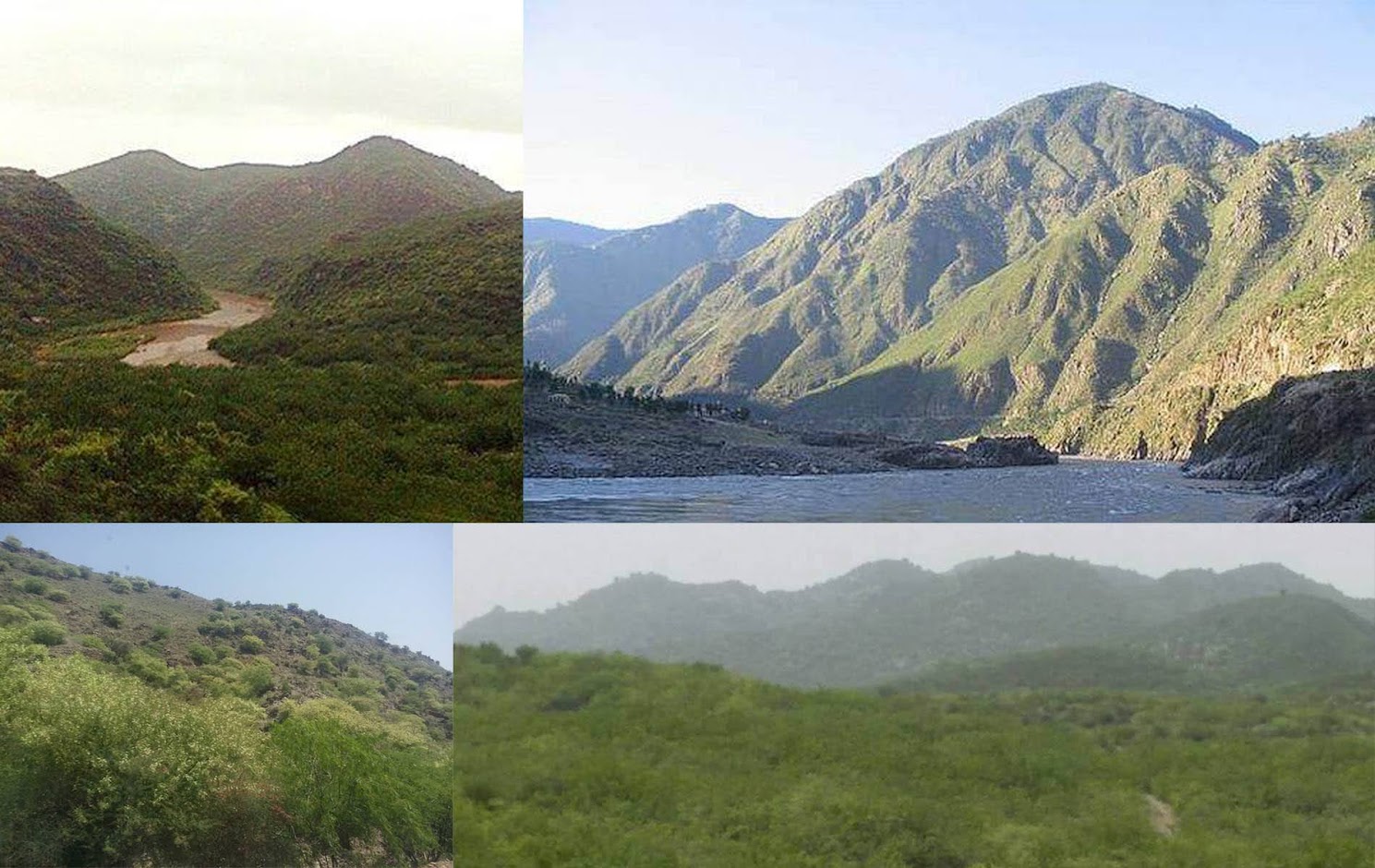