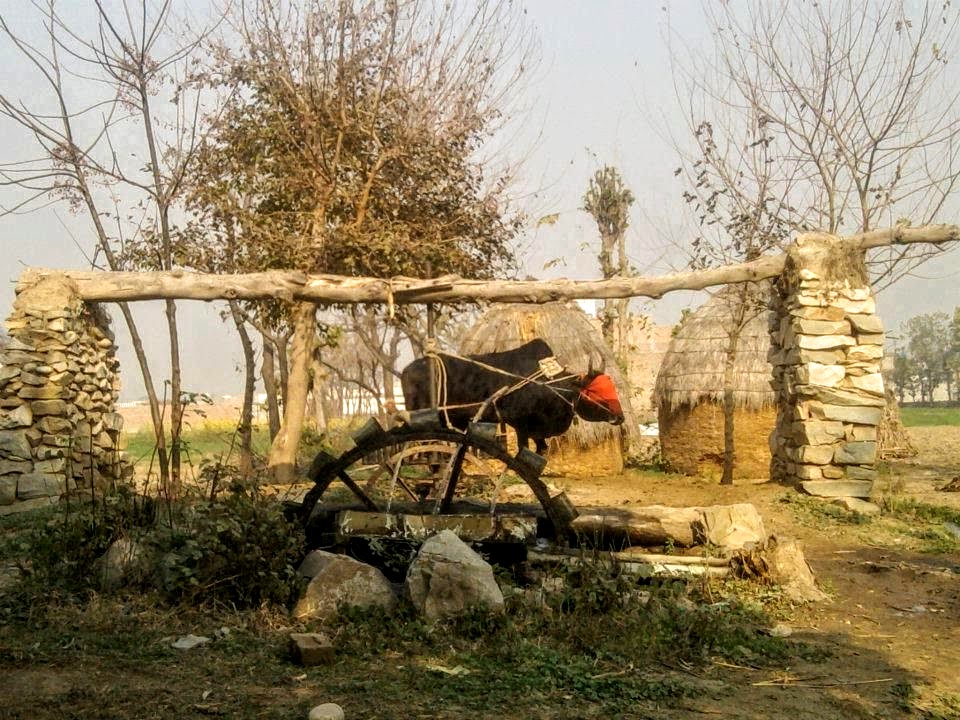 In Malhuwala all the wells are located on both banks of nearby stream, Sahwal Kass. Twenty wells are on Right bank and about the same number are on the left one. The wells are roughly four meters deep

B. PARTS OF WELL

1.Dhole— Horizontal wheel-(cog). It is Wooden / Iron.  Ox walks in circles around Dhole … pulling a beam. This turns Chakri. A man can also push the beam at times to fill pitchers. Kids enjoy ride by sitting on the Dhole.

Chacha Altaf made a steel net loaded with rocks to save his well from water erosion by Sahwal Kass. It was a novel idea in late 1960s.

In 1970s at Karbala Mohalla Attock there were wells, having two sets of Dhole, Chakri and MAHL. It doubled the output.

4.Drive shaft connects the vertical wheel (چکری) to a Larger wheel, over which is draped a chain of buckets (ماہل).

5.The bucket chain descends into a well۔The turning wheel pulls the filled buckets to the top where they empty into a wide trough (پڑچھا).

6.Clay bucket are called Lota. Buckets may be of iron.

( Mahl )& conducts it to Nisar

Drinking water from Nisar was a very refreshing act. Wuzu was performed at the the lower end

10. Bathroom was built at only one well, only by Qazi Manzoor Alam (grandpa of Naveed & Ehtisham Qazi)

Mudha Khoo was near to Rizwan Qazi house. —Abdus Salam recollects de-silting   of this   well in early 1970s.Well constantly    ran for hours till the water finished. Then mud at the bottom was removed by baskets.This was a rare  TAMASHA۔

We sometimes read news about Desilting of canals (بھل صفائی).

1.  Potable water point to fill Pitcher. Nalli wala Khoo (نلی۔والا) was the most visited place before water supply scheme. It was the main source of drinking water for all the village. It was a   sort of   Ladies Club. Ladies stabilized up to 3 pitchers on head by a ring (اونو).

Two elders, widower Baba Mustafa and Unmarried Ahsan. (مم داسن) were also seen carrying pitcher.  There was no water carrier even for well-to-do families. Ladies of all families themselves brought water from well.

Master Karam Elahi had farm house at NALLI WALA KHOOH. From the height of Lahni Masjid school, he could watch and remotely control his house.

2. Public Bath at well started with the announcement , Moonh Siray ho wanjo (منہ سرے ہو ونجو),( Look to other side .I am going to remove clothes for bath.)

Bath was taken in natural dress before Maghrib in summer.

3.Maghrib prayer was offered after bath —Prayer place was there at  all the wells.

6. Swimming…Practice was to jump   into well from the brim. Wells were just ten feet deep. Abdus Salam swam in four wells.

a. Raian na Khoo – just 100 meter east of Nalli Wala Khoo . But strangely its water was too bitter

d. Aftab Qazi’s Khoo had iron steps and coming out of well was easy. So, this was a favorite spot for swimming. Once we kids were caught red handed. We all were inside the well in natural dress. Baba Ji Khurshid came unnoticed and got hold of our clothes. The rascals apologized and got back the clothes.

In 1971, I saw small eggs in a gap in wall of this well and I think they were Snake Eggs.

Major crops at well were wheat, millet and maize. In Malhuwala vegetables were grown at wells for domestic use only. It was a taboo to sell vegetables. But the neighboring village Gandakas was famous for market gardening and supplied vegetables to the whole area.

Mon Jun 13 , 2022
Post Views: 990 Reading the title you guys must be thinking that it is something to do with the connecting of an electric power system with ground for safety or functional purposes and also if you Google it the translation of Earthing refers to contact with the earth’s surface electrons […] 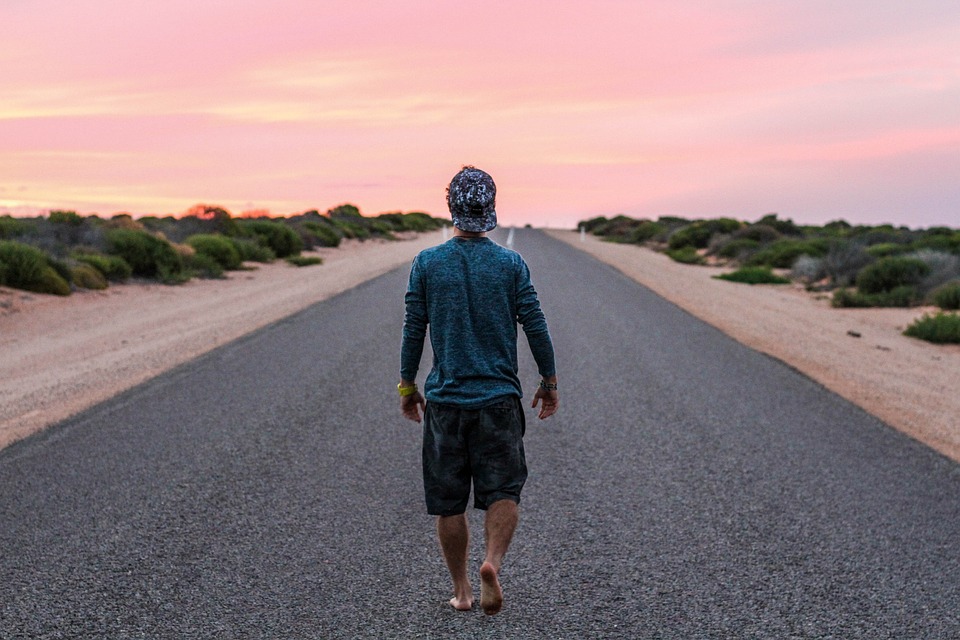