I passed primary from Malhuwala, Tehsil Pindi Gheb in 1967.My father Qazi Abdul Quddus (1928 -2003) was serving at Field Pay Office Artillery Centre Campbellpur. Our family moved to Campbellpur in 1967. I got admission in MBAV Middle School Campbellpur. MBAV was very fascinating name like Pilot Secondary School. MBAV stands for Municipal Board Anglo Vernacular.

We lived in Saddur (paish on Daal) in a hired one room house with no running water, washroom or electricity. This house was near DB Girls School. We used public washrooms. Our neighbors were Hanif Kaka, Lateef Budhu and Jalal Sahib FPO the owner of the house. Jalal Sahib was colleague of my father. He sold Gol gappay in the evening for extra Halal income. Streets of Saddur were paved with Kala Chitta Lime stones.The main attraction for me in sadder was a public reading room where I went to read newspapers. There was a small bazar with Military Press. Surprisingly there was a wine-shop.I walked from Saddur to MB School via Ziarat Chowk. Then a diagonal muddy track south of Company Bagh and reaching main road at Hunt Hall Chowk.

At school my main wish was to learn Campellpuri Hindko because our village had a slightly different dialect. One day Master Ghulam Haider Sahib asked meaning of Daig ..دیگ(A big brass pot). I was the first to reply,it means Ranganرنگن۔۔۔.This answer created a big laughter because nobody heard this word of my village lingo earlier.

The other day there was a question: If we travel by rail from Peshawar to Lahore what stations we would pass. I was the first to answer. There is no station between Peshawar and Lahore, this is one city.  The other possibility is that like Pindi-Islamabad these are two neighboring cities .I often heard Lahore-Peshore..لھور۔پشور.. as single word and I thought this was name of one city.

Slowly I got foot in the class and in the first quarterly topped the class. This annoyed Shezad Reehan who earlier used to top. He threatened me: Bahr Nikul,Tuda Mein Thheek Karna.:

In the recess we had a minor fight.

Recess / break was full of activities. The main charm was Mulla ji ki Rehri (Handcart) ریھڑی..Mulla ji was very soft spoken . His son Furqan was a student in middle school and assisted him. Our pocket money was Anna (6 Paisa) or Wadda Anna (10 Paisa). At times I saved pocket money to buy Weekly Khuddam Ud Deen from Madeena masjid on Friday.

In the break I often visited nearby Municipal library. One day there was discussion in the library among elders. The topic was meaning of….    ۔۔زود ہضم.   Zood Hazam. One uncle was of the view that the actual word is …زور۔ہضم..Zore Hazam….. and its meaning is obvious. Hard to digest. I could not digest this scholarly discussion but my younger age made me keep quiet.

A common activity in the break was to run on the sloping sides of drain.. نالہ ۔۔ ..with shoes in hands. At times there was an unusual scene on the road outside the school. This road ran north – south with a gradual slope. A young man cycled with his back to the handle. الٹی۔سائیکل

All the teachers except Haseeb ut Tawwab Sahib have passed away

Haseeb ut Tawwab was our head master. He was very tough and once punished Shada Shah in assembly. I still vividly recall Shada Shah running and followed by Haseeb Sb with a stick. Shada Shah was brother of Ashiq Kaleem PPP and lived on Hammam Road (Burq Rd).

I was weak in drawing and was not able even to draw oval ( بیضہ). So after a few days switched to زراعت (Agriculture). Haseeb sb was our teacher in زراعت. Later on Mubashir sb taught us زراعت. He had recently joined school. Habib Ul Kitabat from Mirza was our Urdu teacher. He had congenital defects in his arms and hands. Despite this he cycled daily from Mirza to school. He was an accomplished calligrapher Katibکاتب . He sat after working hours to do Kitabat of books, pamphlets and notices of gatherings ( جلسہ ) . I still recall his special ink, special yellow colored paper and of course special pen used for Kitabat. A few students also stayed to do homework. At timed he sent us to Rabbani hotel opposite MCB to bring food for him. Karim Bakhsh Sarwala, Abdul Ghaffar Saidhun, Molvi Khuda Bakhsh Mithyal  were other teachers. Akhtar Shah Sb of Kamilpur Syedan was an excellent English teacher. His swear word for lazy boys was SOOR NEE BOTI،سور نی بوٹی…(pork). His first wife died before 1967 and her domed grave was in Karbala Mohallah Qabristan.  Headmaster Sb, Akhtar Shah Sb and Sajawal Shah Sb (Boota) wore English dress. Other teachers wore national dress.

Maulana Khuda Bakhsh sb Mithialvi was our Islamiyat teacher.  We had taat-ٹاٹ, to sit. To respect Islamiyat Maulana Sb used to put chair on its back with legs of chair in air. He also led Zohar prayer on a platform near gate. Umbrella was a permanent feature of Khuda Bakhsh Sb. It is hard to recall him without Umbrella in hand.He wore graceful Kulla turban and  lived near Eidgah . He was likely associated with Golra Sharif. He used to lead Eid prayer at Mithyal.

Following 10 class fellows have passed away

Shehzad Rehan left in 6th for Central Model School Lahore. He became a doctor from Rawalpindi Medical College. Me, Fayyaz Cloth and Shehzad were again classmates in GC Attock Pre-Medical group. Nazeer KPS retired from MCB. Tilawat Shah KPS is in the insurance business. His bother Nizakat was in PTCL. Sohail Afzal Soi and Ahmar Afzal Kaka were brothers. Raza Naqvi was their friend. Waheed Elahi served in committee chungi and his cousin Nazeer became goldsmith. His father Alaf Deen had tailoring shop near MCB. Siddiq Haider was son of Master Ghulam Haider. Siddiq is in Australia. His younger brother Waqar was primary section and later became doctor. Sibte Muhammad KPS was son of Mushtaq Faizi Sahib and served in PAC Kamra. Imdad was relative of Abdul Ghaffar Sb. Jameel was from Pind Ghulam Khan where washermen did laundry. Arshad was from Mirza . His uncle Alam Sahib was serving in club Company Bagh.

Father of Safdar was serving with ADM and Safdar daily mentioned. ADM Sahib in conversation. Fayyaz had polio and his father was in police. A servant daily brought him to school on bicycle.

I recited Quran in the morning assembly. Bengali Mehmood had melodious voice and sang national anthem. Qaumi Tarana.  He was called Bengali because of his dark complexion. He also sang

،،،،، میں ہوں البیلا ٹانگے والا….We had two Salahuddin. Ayubi and Umar. Ayyubi’s father was in army and we lost contact after his posting away. Umar’s father was canteen contractor and they lived near Fateh Jang old road chunngi. He served in bank and now runs his business with a fantastic name Woodbank.

We were glad to sit on desks for the first time in class 8th. Shahid Haseeb was my desk-fellow. 6th class was on south of head master office and we moved clock-wise with each promotion till we reached south-west end of building in 8th. Shahid Haseeb was son of Head Master Sahib. In 1984 both of us had wedding on the same day. Shahid has done PhD in 2005.

There was a tree on the Westside of the company Bagh tennis court across the road .It was called   KHHURRAK  NISHAN. Its small fruit caused intense itching.. Irritation or KHHURRAK. Some of our class mates at MC School Attock were from Jassian and sadder side. They used to bring its pods to school from Company Bagh. They secretly rubbed it on the neck of other boys and enjoyed his Jumping with KHHURRAK. Perhaps some of the readers from Attock must have seen this tree. It was a tall tree with very thick Barrel shaped Stem. Itchy pod tree  …was / is located in the area where  Girls High School number 2 now stands.

I topped Wazeefa exam in 1970.My name was put on honor board in headmasters’ office. Peon Iqbal was attendant of Head Master.

Students passing middle from other schools were dumped in E and F sections. In E section there were students from Jabbi, Lawrencepur, Gondal and MC Middle school. Science class was combined D, E and F. Our teachers were Peerzada Ashiq Choora Sharif, Sheikh Sadiq and Ashraf Qureshi from Pormiana science teacher. Ashiq Sb was also in charge of school dispensary located west of woodwork workshop. Our subjects were Urdu, English, Math, Chemistry, Physics, Islamiyat Lazimi and Islamiyat Ikhtiari or Hygiene physiology. My choice was Islamiyat Ikhtiari. I was not satisfied with education standard of this school and shifted to Neela Chakwal for 10th class

Tolaram building stands near MB middle school. Kala Chitta Hotel premises was at that time in 1970, occupied by Animal Husbandry Department. At that young age I always wondered. Do the animals have husband?? And how this office facilitated the relationship.Attock Central Cooperative Bank was located in a house opposite to the school. This house had a PEEPAL tree.

Alumini Arif Siddiq is the current principal of MC High school. He has taken care of the old record of the school and displayed an honor board of prominent old following are a few old boys with whom I had direct or indirect interaction.

Lt. General Moeen Ud Deen Haider is a former Governor of Sindh. He had early education at home and joined MC School in 4th Class in 1949. In 1951 he moved to PAF School Lower Topa. He visited the alma mater in 2021. Khawaja Ijaz Sarwar retired as Federal information secretary. He attended this school from1956 –58. I talked to him a year ago. He lives in I-8/3 Islamabad.11.Lt. General Javed Ashraf Qazi, his brother Wajahat Ashraf Qazi (Additional Secretary Education) and Uncle Gen. Tahir Qazi also studied here.  There is a Double story evacuee property with Hindi Marble plates just opposite the middle school. Wajahat Ashraf Qazi joined Pilot School in 6th class fellows. It is interesting to note that in 6th grade his classroom was located in this building.

Tue Mar 8 , 2022
Post Views: 721 Dr Abdus Salam [email protected] My father Qazi Abdul Quddus was serving in Military Accounts. He was posted to Campbellpur in 1965.He lived in Sadar Bazar Attock. Rest of the family shifted to Attock in 1967. I came to Attock a bit earlier to get admission in 6th class […] 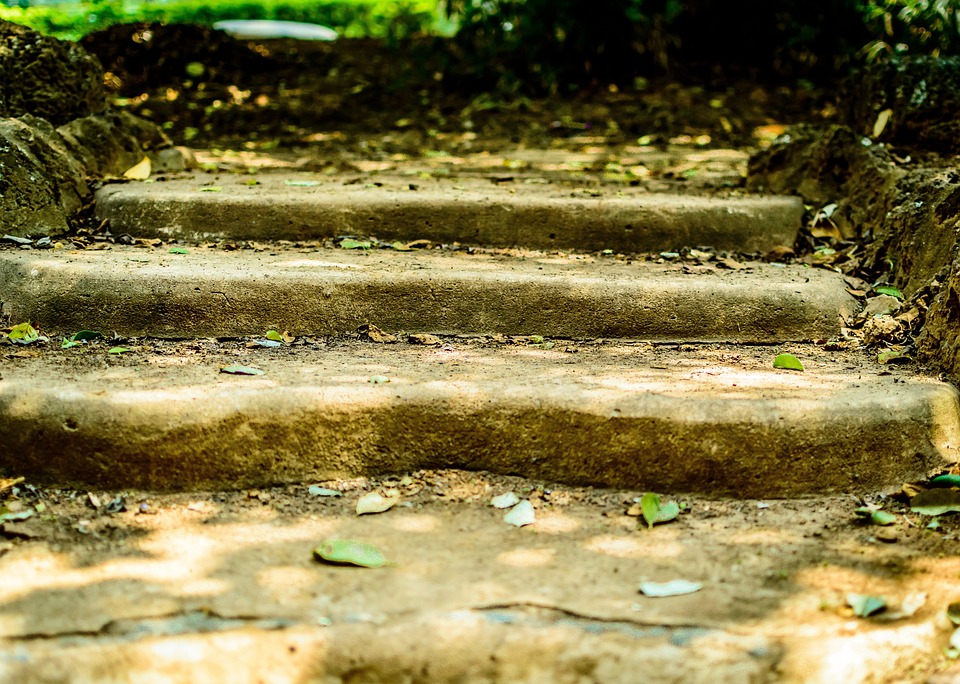