My father Qazi Abdul Quddus was serving in Military Accounts. He was posted to Campbellpur in 1965.He lived in Sadar Bazar Attock. Rest of the family shifted to Attock in 1967. I came to Attock a bit earlier to get admission in 6th class and stayed in Sadar for a month. Sadar is commonly considered a posh area. But this is not true for Sadar Bazar Attock. As compared to Sadar Rawalpindi it has same status as that of Ayyub Khan to Arif Alvi.

Being from Fateh Jang side we hired a house in Chhoi East. It is also called Karbala Mohalla and Gora Qabristan Mohalla. Taib Rizvi had 5 quarters. We rented one of them. It had a well but no electricity. House was small for our large family. So, we shifted to house of Safdar Shah. It was on the perimeter of Karbala Haleem Shah. This house had two unpaved big rooms. Veranda, kitchen and washroom. There was no electricity or water facility. It had a big courtyard- ویہڑا. with a TAHLI tree-ٹاہلی.  This was an ideal house for people of rural back ground.

In our village we never had /needed iron استری۔.Here initially mom improvised an Istri . She took a metal plate from crockery and put burning coal in it, Lo and behold. The Istri was ready. This arrangement lasted till the payday of Abba Ji. Similarly, we didn’t have watch. To know time, we just walked into the street and asked any passerby………چاچا۔۔کی ۔ٹیم۔اے۔۔. In Ramadan we borrowed an alarm clock, timepiece from our aunt.

We brought water from nearby running wells. کھوہ , municipality tap or well – کھویی,in the Karbala. Abba Ji drew water from Karbala well handling CHARKHI. Public tap was 300 meters away in Maula Bhaaya Street. We fetched water in 2- or 5-Liter tins. At that time, we wished a tap near the house. It was beyond imagination to have running water inside the house.

Initially we were new in the locality and no shopkeeper offered credit facility. Then Chanan Deen was kind enough to extend credit facility. He was employed in MES and also ran a shop in his Baithak. This shop was in Maula Bhaaya Street. He had limited stock / variety. Then to our good luck Ghulam Haider Shah of Kamra opened shop in the same street. He gave us utilities on credit. This was a great relief. In the same area there was shop of Sufi, a cousin of Dr. Amjid dentist. Pola chacha was another soft-spoken shopkeeper with innocent face. My younger sister shared her childhood wish. …Qayamat will come, Pola chacha will die . We will loot his shop and eat candies.

A few Bengalis were colleagues of my father. They called him Dada (brother). One of them was Ashraf Sb. His daughter Maya Rani was of 4 years. They lived in Kubba Shah Quarters. We spent summer vacations at village and they temporary shifted to our house, a bigger one. Alam Bihari was colleague of my father. He belonged to East Pakistan and came to Campbellpur on posting. His family waited at railway station. He arranged a house on rent in our mohallah and moved his big family there. He had epilepsy and frequently had fits. He passed away in early 1980s. I participated in digging his grave at Dhok Fateh. His son Naeem retired as Major.

Farooqia Masjid Chhoi East was called Moti Masjid at that time. Someone objected that Moti is name of dog and is not proper for Masjid to have this name. So, its name was changed to Farooqia Masjid. This is a clear proof of the fact that, in our country every man is either Hakeem or Mufti. Hafiz Ashraf Sahib MES was related to Qazi Zahid Ul Hussaini Sahib. He was our imam. Water was drawn from the well by pully by Khadim baba. He was from Baryar. His father was Khadim at Kamilpur Syedan Masjid. A unique thing in the Masjid was wall-to-wall Baan leaf mat – وان۔پٹھا۔۔پھوڑ. It was woven likely by Sojanda Bata people. Ablution was done by ablution pots -کوزہ / لوٹا. Ablution place was changed to chips flooring. Smoothing of chips was done by hand. It was a Tamasha for we kid. My routine remained to say Jumma at Madeena Masjid whenever possible. We followed Basal Road and at Naz cinema passed through a vast agriculture land to reach Masjid. Weekly Khuddam Ud Deen was sold after prayer and I often purchased a copy for 25 Paisa. Daily Mashriq was a popular newspaper. It published Sunday Magazine, Ladies magazine and Kids special. In the large family everyone wanted to read the newspaper first. I usually climbed the Tahli with newspaper and read it there without fear of somebody snatching it.

Our uncle Altaf was local Audit Officer and lived in Fauji Bungalow with slanting roof. My cousin Aftab was fond of Hamdard Naunihal and Taleem o Tarbiyat. I borrowed these magazines from him. Father of Sheikh Shafiq was colleague of my father. On our arrival at Campbellpur they invited us to lunch and here I tasted meatballs – کوفتہ, for the first time. Khalid, the younger brother of Shafiq was in primary section of MBAV Middle school. Shafiq retired from Kamra and lives at Mehrpura Sharqi. Mehrpura was named after Mehr Shah of Kamilpur Syedan who originally owned this land. Father of Shafiq visited our house to do combined study with my father. Both were appearing in a departmental promotion exam. We didn’t have Baithak. Occasional male visitors were seated on a charpoy placed in the street. We never felt shy for that. Because it was a common practice in the neighborhood. My father and Sheikh Sahib did combined study on Charpoy. Sir Dr. Waheed Uz Zaman Tariq will bear me out that reading book while sitting on Charpoy is an old tradition…… چارپائی۔۔برو۔کتاب ۔چند۔۔, Some people may say that Charpoy here is used in different context. Sir Tariq was my mentor at KE. Once Zahid Talagang, my medical college classmate, stayed a night with us in summer. We put two charpoys in the street and enjoyed cool breeze.

In school teachers ask and students also discuss their future plans / wishes. My younger sister said in the school, I will become a doctor. In a small place like Campbellpur of 1970s people knew each other intimately. One of her classmates commented… She is dreaming of becoming a doctor while the only furniture with them is Charpoys وانے ۔نیاں ۔منجیاں ۔.. 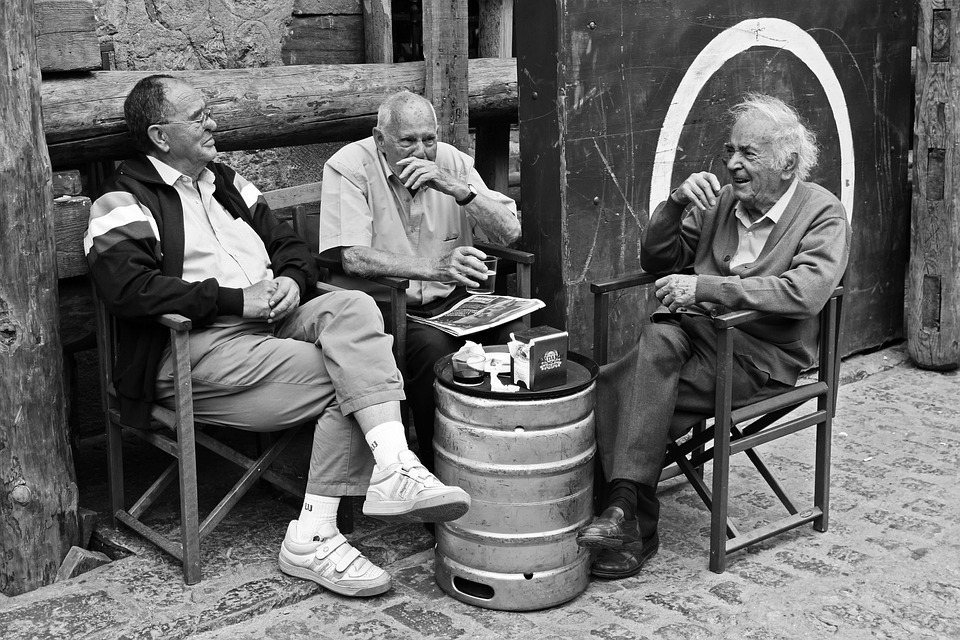