Peshawar to Delhi via Gandakas

According to this book, Mehboob Dehlvi visited Peshawar to see Syed Ahmad Shaheed. He returned to Delhi in 1828 (1243 Hijri). His journey from Attock fort to Jalalpur Sharif on river Jhelum took six days. He passed through the current Attock district visiting Kamra, Mahoora, Kamrial and Gandakas. He was accompanied by five friends.

They started from Khairabad on 22 Jamadi Althani and met Hafiz Abdul Mannan at Kamra Kalan. At Mahoora they met Carpenter Muhammad Hasan. Mahoora is on Fateh Jang Kohat road. Akhori to Mahoora is a hilly path through Kala Chitta. At Kot Fateh Khan they met Muhammad Khan and Abdul Wahab. They visited a scholar Muhammad Ahsan son of Maulana Muhammad Hussain at Kamrial. The last village in the current district Attock visited by them was Gandakas. Here they met Hafiz Ghulam Rasool Naqshbandi. He gave them permission to recite Hizbul Bahr.

AK 11 is the favourite mode of transport in Attock. AK 11 means a man walking on two legs. From Lasokar لسوکڑ (Southeast ) to Chhab (Northwest) the distance is 6 Km and one is still inside Malhuwala. Covering this much distance daily was a routine thing.

People having land to the east of village were less lucky. They faced rising sun in the morning as they went to fields. As they returned home in the evening the sun again stared at them.

Going to Neela 5km one way for schooling was not something unusual. Going to Gandakas 3Km meant walking from one پانڈ mohallah to another. Catching bus at پدھی Padhi 4Km in rainy season was not something odd. In heavy rains Kacha Road became unserviceable. We were forced to walk to Pakki road at Nothian Malkan 9Km. The luggage was gracefully carried by donkey (کھوتی). My younger brother Nadeem was wearing Pajama at one of these journeys. Pajama had elastic in place of trouser rope (ناڑا). In the long on foot journey pajama frequently slipped down causing inconvenience and embarrassment. I once missed bus at Padhi and followed the straight road to Dhurnal. I didn’t know the shorter path through Kamrial at the age of 14.

Curious to see Muharram I accompanied Maasi Sairo Musallan to Hernali 3km at the age of 11. To collect Desi Ghee for Ramzan went to Hernia Wala 6km.Mom was much concerned about my health. She wanted me to see Hakeem Sahib at Chakwal. In 1970 I accompanied Baba Muhammad Chowkidar to Gah 10km. His daughter was living there. Stayed night at Gah. In the morning went to Chakwal by bus. Next day we returned to Malhuwala covering another 10km. I was 15 at that time. Dr. Niwaz was with me on my visit to Hakeem Sahib. He was a retired medical branch soldier. Dr. Niwaz often came for extended profession related stay at Fazal Elahi weaver house

I went to Khaur 10Km via Dhoke Gunja and Bawara in 1977. Stayed night at Baboo family and got the cheque (by Khaloo Akhtar) cashed at bank in the morning

In 1977 I attended Marriage of my class fellow Murtaza Dullah. I was at Lahore at that time. From Dhoke Dabri on foot march started. Stayed at Dullah for night. In the morning Barat left for Hasil on foot. Stayed at Hasil with Barat.

Next day the Barat went back to Dullah and I started for Malhuwala. As I left the rain began and it remained so till Malhuwala. At Paar Par (پار پڑ), Sufi Zaman was surprised to see Dr. Sahib coming from an unexpected direction, fully wet with rain .He remarked, ڈاکٹر صاحب ٹسی کیہڑے پاسے This all made a distance of about 15Km.

Abdul Haq was younger brother of Abdul Aziz. Abdul Haq was studying at Dasua Lyallpur in 1920. It was duty of Abdul Aziz to take Abdul Haq on foot to Fateh Jang/ Gaggan railway station. Abdul Haq when tired was lifted on shoulder by Abdul Aziz. From Gaggan Abdul Haq took train for Lyallpur. Once Abdul Aziz returned too early from trip of Fateh Jang and his father at Chhab said “ I think you have left Abdul Haq half the way “ Abdul Aziz was tall and had long stride. He was unusually fast walker.

This is probably the longest on foot march in Malhuwala history. After passing primary from Malhuwala ABDUR RAHEEM 1920-99 went to Dassua Lyallpur in 1935 for further education, under care of his uncle Abdul Jalil. But his stay there proved very short due to adjustment problem. He was just 12 at that time. He left Dassua without informing his uncle. He had no money. So, he started on foot following the railway line. Fortunately, two Pathan were traveling from Karachi to Peshawar also on foot. Their company proved very useful . They stayed in the mosques at night and enjoyed the hospitality of locals. This was an unbelievable long march of 300 kilometres. When he reached Malhuwala, he went to the cattle house instead going home and slept there in. Next morning, his aunt found him sleeping in a terrible condition.

RAWALPINDI TO MALHUWALA ON HORSE BACK

In 1940 Abdul Quddus was standing at Lorry Adda Gandakas in the evening. When bus arrived his mamoon Abdul Haq alighted the bus. After a few minutes Abdul Quddus was surprised to see his other mamoon (Abdul Aziz) riding a horse from Hernia Wala side to Gandakas. It transpired that Abdul Haq & Abdul Aziz bought horse from Committee chowk Rawalpindi. Abdul Haq left Rawalpindi by bus. Abdul Aziz simultaneously started on horseback via Chakri road. Both took almost same time to reach Gandakas. Bus had Rawalpindi – Fateh Jang route. Horse came via Chakri road.

Khala of Waheed Ul Haq lived at Adhwal. In 1943 he took admission there after doing primary at Malhuwala. Journey to Adhwal took 8 to 10 hours. It passed through Hernia Wala, khilri, Chakri and then via chakri Rawat road to Adhwal. There was a sizeable population of Hindu and Sikhs at Adhwal. It was badly affected by communal riots in March 1947. Adhwal than Chauntra was in Attock district till 1962.

Qazi Abdul Quddus was at GHS Fateh Jang in 1945.He heard about his sick mother. He left in the morning on foot and offered Fajr at Malal. By 10 AM, he reached Gandakas.

A cultivator forgot his hearing date (تاريخ) at Pindi Gheb court. Seeing him busy in the field someone reminded him about case hearing. He immediately started running post-haste. Passing through shortest cross-country route he reached Pindi Gheb well in time. This is 25km.

M. Razzaq married in 1982. His in laws belonged to Gangg (Chakri) on the left bank of river Soan. People walked from Malhuwala to Herniali and crossing Soan reached Dheri (via Dhadumbar). From Dheri to Gangg the shortest route involved double crossing the U-Loop of Soan . So, the mighty Soan was crossed thrice. A bit longer route from Dheri onward was along left bank. It all took about eight hours (30Km) from Malhuwala to Gangg. Marriage procession (Barat) of M. Razzaq left Malhuwala by bus on 5th Sep 1982. The 150 Km long route to Gangg passed through Rawalpindi, Rawat, Jorian (Chak Beli Khan Rd) and Tatral.

Just to make a funny record in 1984 I walked from Kohinoor to Faizabad via Sadar. I covered this distance in 3 stages on different occasions.

In 1990 barat of Shakir Umar Qazi left Malhuwala by bus for Dhoke Dabri Chakwal in the morning. The bus passed through Dhurnal, Khaur, Talagang. Balkassr and Mehropeelo (Chakwal). We reached Dhoke Dabri by noon. Nikah was with daughter of Qazi Iqbal. Offered Zuhar and started journey back. Reached Malhuwala after the sunset. Now the Mian Khan bridge Hernia Wala has reduced the 150 Km long bus route to mere 30 Km. Direct route via Neela was the shortest (just 10Km) but involved fording the river Soan.

In 1996 Goi Nala road Rawalakot was under construction. Just to have an idea of this new road I started on foot from Azad Pattan and reached Rawalakot in seven hours. This was a distance of 35 km. On the way I drank spring water and ate one packet of biscuits. At the end of journey, I was terribly exhausted.

Mamoon Irfan Qazi was spiritually attached to Sufi Silsila of his cousin Qazi Abdul Quddus (my father). Whereas I followed Nana ji Qazi Abdul Haq who was member of Jamaat e Islami. Irfan regards Abdul Quddus as his Peer / mentor and mentions him as Lala ji Gharib Niwaz. This relationship is not easy for we people to understand. Irfan came from California in 2001. He thought of a novel way of expressing his regard and love to Abdul Quddus. He bought brand new joggers and started from Islamabad on foot. The destination was Attock city about 90 kilometers. He made it in 12 hours.

Wed Nov 23 , 2022
Beautiful memories peeking through the windows of the past, talking about the golden days of Campbellpur. 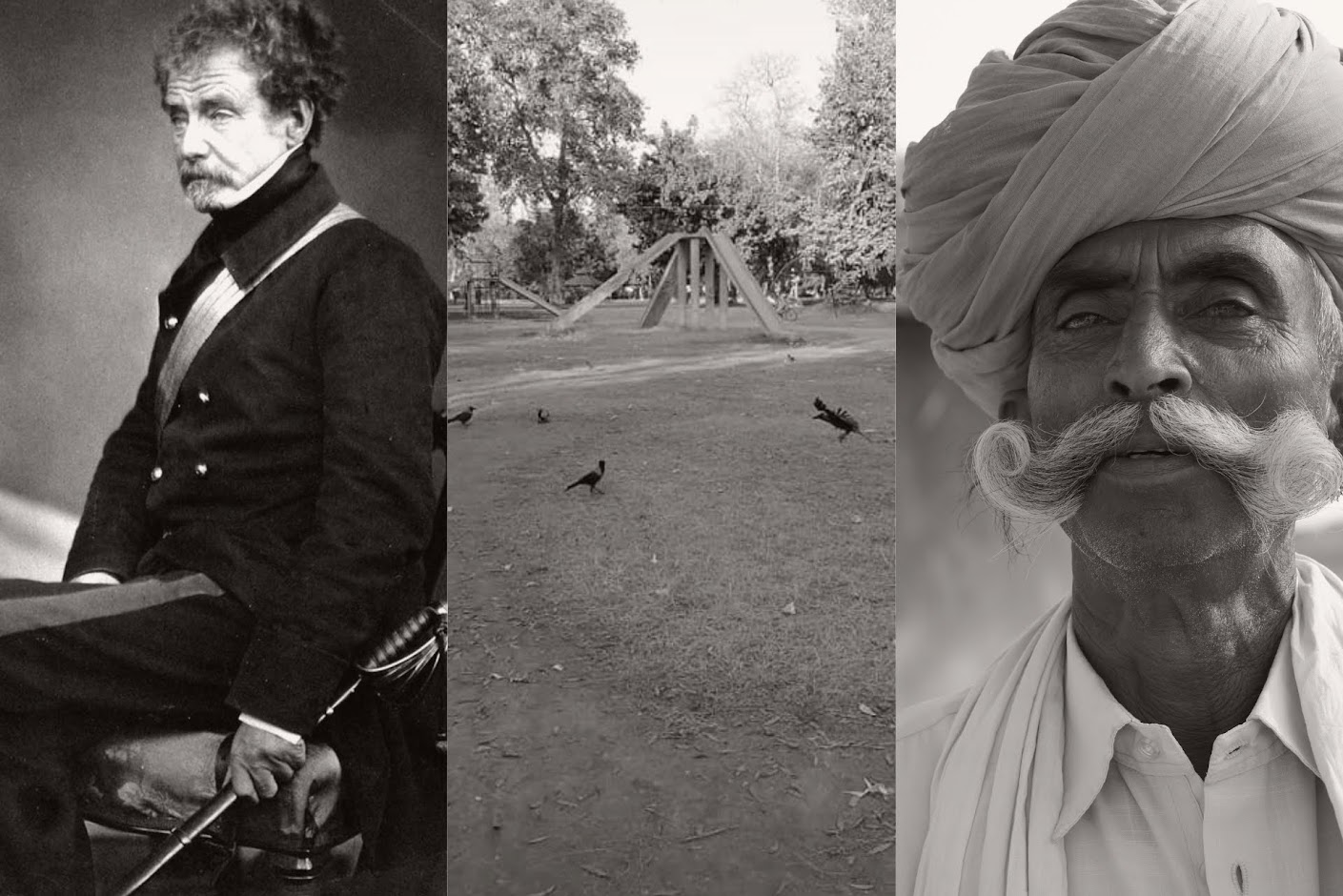