1. Akhtar Alam Lodhi (Jazba) was my classmate in GC Attock. He won Pashtu poetry / debate prize. In late 1970s Jazba went missing. The term missing persons was not in vogue then. After sometime it became clear that he had gone for four months with Tabligh.

2.  People sometimes send problem children to Tabligh, hoping that they will behave better on coming back. At times the expected results are missing. One such case occurred in Farooqia Masjid Attock in 1974. Father complained that there was no change in his son despite spending Chilla in Tabligh. The answer came that you spent 200 rupees and in Chilla (40 days) the son offered 200 Nimaz. One Nimaz per Rupee was not a bad deal.

3. In mid 1970s few people visited Raiwind and all the elders including Haji Rao Abdul Wahab Sahib (1923-2018) were easily approachable. Kemcolians visited Raiwind quite often. General Shafiq Ur Rehman (humorist) was a graduate of KE. He was related to Haji Sahib. Both were students at the same time at Lahore. Haji Sahib did BA from Islamia College Railway Rd and Gen Shafiq was at KE. This old reference worked a lot.

Haji Sahib stayed at Sultan Foundry when he visited Lahore. I once met him there and took autograph. I Knew that this was not a usual practice in Tabligh. So, I requested him to write some Dua.

I was passing through Anarkali Lahore in 1977. My class fellow Dr. Mirza Ayub Jarral AK was with me. We spotted a nameplate Ihsan Danish and pressed the call bell. Ihsan Danish Sahib welcomed us and treated us with tea. Danish Sahib was a famous Urdu poet from Kandhla UP ,the home town of Maulana Ilyas Sahib the founder of Tablighi Jamaat. He talked about Maulana Sahib . At the end he honored us with his Autograph.

In 1978 Haji Sahib had bleeding from stomach (Upper GI) and remained in Intensive Care Unit of Mayo hospital for more than a week. That was really a hard time for all the well-wishers In 1986. I went for Tabligh to Mandi Baha Ud Deen. Haji Sahib had a classmate there and asked me specially to see him.

5.  In Raiwind 5 Kg Dalda tin is used as glass for drinking water in Matbakh (mess / langar). Bhai Bilal Sahib was a witty elder of Raiwind. He was very popular with students. He commented that the Tabligh work is great and so is its glass

6. In 1975 a Seh Roza from KE went to GC Sargodha. Rehearsal / muzakira of 6 points is a routine Tablighi activity. Everybody is needed to speak a few words about Kalema, Nimaz, Ilm o Zikr, Ikram, Ikhlas and Tabligh. Sajid Sultan was our senior, he had stammering. As he started, we couldn’t control laughing. At this he got angry and said that only Kalema is enough. No need to elaborate on other points. Everything is included in Kalema. Sajid retired as Brigadier Surgeon.

7.  In 1978 we visited Jhang and to our pleasant surprise the mosques were full of worshippers.  This was unlike most of Punjab cities and we had feeling of KPK in Jhang Sadar, City and Nawa Sher (Satellite Town).

8. We visited Panjgur in 1979. From Quetta to Kalat was metalled road then onward was mud track. We had a midway night stay at Sohrab. In the bus we met Khairul Bashar. I first time heard a common man having this much high sounding a name. In Panjgur we stayed for 15 days. Here we saw victims of Zikri. Muslim clash. Zikri were called Baynimazi ( بے نمازی) by locals.

Rakhshan stream passes through the town. We saw Karez for the first time. Karez is a method of irrigation specific to this area. Date garden are numerous in Panjgur because of abundant water supply and dessert like climate. Date Jam ( کھجور کا مربہ) is made by adding date syrup to High quality dates . This was a special local dish.

Tablighi Markaz at Panjgur was under construction at that time.

Locust is common in Panjgur and the officer to control it is called Madki Officer ( مدکی) in local language. One such officer was from my native village in Attock District.

9.  Due to election and Martial law schools were closed. I went to Sialkot with college fellows on Tabligh in 1979 and here I learned about the sad demise of Bhutto Sahib. In 1988 I was at Raiwind and here Dr. Tahir Dandda Shah Bilawal told me about General Zia air crash. In 2007 I went for long awaited four months in Tabligh. We were at Sukkur on our way to Larkana. Here we heard the news of Karsaz bombing in Oct 2007

10.  At Larkana I saw Al Murtaza and on way back to Sukkur saw Bhutto’s tomb. We stayed in Lahori Mohallah Larkana. A canal passes through Larkana and fresh breathing fish was on sale. There was Khattan Bazar in Larkana mainly selling pickle. Khattan کھٹان is a Sindhi word meaning pickle. Here we also saw Golimar گولیمار, the firing ranger. To our pleasant surprise the lady sanitary workers at Larkana were sweeping the roads with full Hijab. Roti made of rice floor was also a new thing for us.

In December 2007 we were at Bannu. Here we heard the sad news of assassination of Benazir Bhutto. It made me weep bitterly.

11.  We spent 15 days in Sukkur, staying 3 days in every mosque. Malaysians’ brothers were also with us. They were very particular about Cupping therapy on Friday. It is likely considered a Mustahab act by the followers of Imam Shaafi. Here the mosques were continuously busy from Zuhar to Isha. Workers of large businesses visited the mosques turn by turn. So, the Zuhar prayer continued till Azan of Asr. Qari Khalil Sahib was Khateeb of Jamia Masjid Campbellpur in 1970s.He was from Sukkur.  We went to Binder Rd Masjid to see him but he was away.

12.  We were traveling by train from Rahim Yar Khan to Raiwind in 2009. To offer Fajr prayer we did not know the Qibla direction.  We looked out for some Masjid along the track to get some idea but for a long time no masjid was seen. One of us had knowledge of locating North Star. He located the Polar star with the help of Big Dipper and Cassiopeia constellations. In this way we found Qibla direction.

13. Zakaria Masjid is the Tablighi Markaz of Rawalpindi.  In 1987 Abba Ji visited it and saw people busy in learning, worshipping, making food and washing clothes. He remarked, do you call it a masjid? I asked about his opinion. He said this is not a Masjid, it is a workshop. It is rectifying the faults of human being. He was true the real status of masjid is that of a human workshop.

14. Everyone going for Tabligh has his own story to tell. One Peshawari Baba Ji from was Opium eater. He went for four months in Tabligh and made sure to take four months Opium quota with him. In Fazail e Amal public reading he learned that Opium eater will not be able to recite Kalema at the time of death. At this he threw away the whole stock of opium and is still doing well without it.

I myself was having frozen shoulder since 2004 and was on tablets Dicloran. In 2007 I went for four months with Tabligh and took Dicloran stock for the whole duration. Allah was kind and I was alright within a month and am still doing well without pain killers.

15.  A driver from Swat narrated his story; I went home at night and found my daughter learning Nimaz. My wife was correcting her.  I sat down to listen to her. I heard something odd and asked the wife what was the girl reciting. She said that the girl was reciting Qanoot in Witar. I never knew or heard Qanoot earlier. This made me go to Tabligh to learn at least basic things.

16. Annual Ijtima was held in Raiwind Masjid till 1977 and later on was shifted to open ground as the gathering became large. In mid 1970s there was a Biogas plant to provide gas for the Cook house of Raiwind. Biogas plant converted cow dung into methane gas.

17. One night I crossed a student’s group and greeted them with Salam in 1978. They replied and then remarked that this fellow appears to be a Tablighi. I once greeted an elder with Salam at my village. Baba Ji replied…Boy, I have not recognized you منا میں سنجھاتا نہیں

18. Zeal of convert sometimes makes a man overdo the things. We knew Tablighi sat in the mess with feet on the chair. Collars were cut away and wrist watch shifted to right hand. 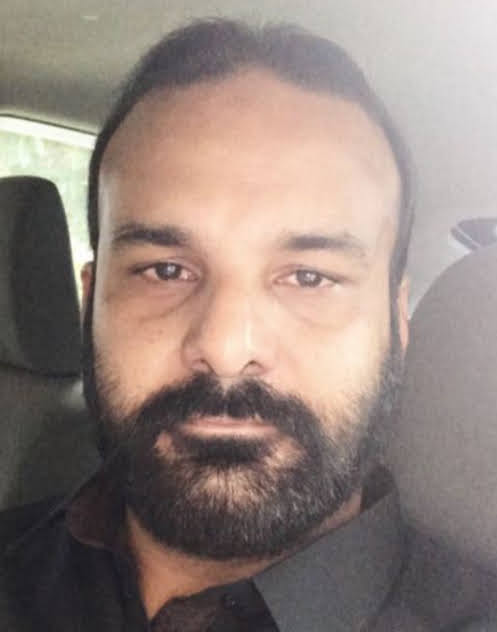