1.First Seh Roza, In June 1973 during summer vacation I went for 3 days in Tablighi jamaat with Qari Suleman of Taxila. He was then Imam of Farooqia Masjid Chhoi East Attock. There were more than 20 people in the jamaat. We stayed at Zakariya masjid Rawalpindi for Shab -e-Jumma and next day went to Masjid Dar Ul Islam G-6 /2 Islamabad.

2. As we started from Attock, two men carried the kitchen items. At Islamabad they cooked the food. I thought that they were servant / cook of Jamaat. But to my surprise I found one of the cooks reading Pakistan Times.  On talking to him I found that he was colleague of my father in Field Pay Office.

3.On completing Seh Roza we returned to Zakaria masjid. From there I went to Dhoke Khabba to see my Khala Jan. From Zakaria Masjid I followed railway line to bakery Chowk to catch Tonga.

On the way I heard a man remarking…I think this boy with POTLI. پوٹلی  has run away from home…. ای جاکت گھروں نس کے آیا He doesn’t know the way and is following the railway track…

4. At Seh Roza elders briefed about TARTEEB / Training Schedule of Tabligh, Once in Life…4 months. I went for 4 months quite late in 2008. The ideal time for this activity is after FSc. Nadeem Us Salam did so in 1988.

Once in year…40 days

Once in a month.3 days

Daily. Public Reading of Fazail e Aamal (Taleem) in Masjid and at home

At KE Lahore we visited the following hostels for External Gasht.

In Majethia hall a funny thing happened.  We spotted a boy on upper floor and waved to him that we were coming. When we reached his cubicle, the door was opened but the boy had vanished. We were confused. But on making a though search we found him hiding behind the open door. And that smart fellow retired as Brigadier Doctor.

After FSc I went for Seh Roza to Chitti Masjid Mirza. This was my 3rd or 4th Seh Roza with Tablighi Jamaat. Elahi Bakhsh Sahib of Aminabad was our Ameer. He asked me to address the small gathering after Maghrib. This was my   first ever public speech. My legs were trembling terribly. I held the minbar (pulpit) fast. This saved me from falling down.

There were boulders in the nullah east of Chitti Masjid. In the same Masjid I met my classmate. He was son of professor Maulana Masood Ur Rehman Sahib. Arshad near Amina masjid Mirza was also my classmate. His uncle Alam Sahib was serving in Company Bagh club.

7. Master Khan Bahadur Sahib Sarwala was a Tablighi elder. He had memorized many verses of Iqbal (Hafiz e Iqbal). A Seh Roza party on way to Kamra offered Asr prayer at Police lines masjid Lorry Adda Attock. After prayer it started raining heavily. Policemen were forced to stay in masjid. Master Sahib said, Policemen! Please go to lines, ۔ تساں نیاں ڈیوٹیاں بڑیاں سخت ہونیانThey replied we are waiting for the rain to stop. Then Master Sahib commented, It is not hard for Allah Pak to force anybody to obey His orders. But he has left it to our will.

8. In 1986 a PAF Jamaat from Kamra was in Siddiqia Masjid Aminabad Attock. They were having public reading of Fazail e Aamal. The reader pronounced a name as Shurahbeel. I corrected him that the word is SHARJEEL. As per Jamaat practice he avoided arguments with me. Later on it was found that I was wrong and Shurahbeel ( شرح بیل =شرحبیل ) was the correct pronunciation. Shu -rah-beel …Paish on Sheen. We wrongly shifted the dot of..Bay  ۔۔  ب to ..Hay ح  .. and made it ..  ج ….Jeem . This is how Sharjil became part of our vocabulary.

9. We were discussing Tablighi Jamaat in CMH Rawalpindi. Brigadier Umar Radiologist pointed to his tooth and spoke, this was partially broken in Tabligh. We thought that some opponent of Tabligh broke his tooth due to ignorance. We asked about details. Brigadier Umar said, we were going to Faisalabad for Tabligh, On the way we stopped to have Cold drinks. I opened the metallic cap of Pepsi bottle with my teeth and broke the tooth in the process.

10. In 1977 our college group visited Shah Di Khooi near New Campus Lahore for Tabligh. The locals were surprised to see medical students in the group. They commented تبليغ تاں پٹھاناں دا کم اے. As KPK people are in majority in Tablighi activities the locals often saw them in this connection. They thought that Tabligh was job only meant for Pathans. Before 1971 debacle the East Pakistani had the majority in Tablighi activities.

11. There were no electric fans in Raiwind Markaz. There were king-size hand fans 2 X 4 feet size. In 1978 our classmates went for a week to Rao Khan Wala Qasur on mission. When we returned to Raiwind a pleasant surprise was waiting, the ceiling fans were there. Khalid Butt was stylish dandy boy. He commented…Wow…Brand New fans. His comments are still echoing in my ears.

12. In 1984 I was medical officer at Military college Sarai Alamgir. On Shab e Jumma I attended a gathering at Taqva Masjid Jhelum. A typical Tablighi was sitting near me. Throughout the lecture he sat with knees folded ( a difficult thing for me ). I took all this as zeal of new convert. When the talk ended the fellow approached me with …

I was surprised and reflexly replied. ۔….خالد بٹ تمہیں کیا ہو گیا ہےHe said that he came from Abu Dhabi to spend four months in Tabligh. Ongoing back he came to Jhelum to see his aunt.

Dr. Khalid Butt is a plastic Surgeon (Reconstructive and Microsurgery). I last met him in Murree in 2002.

13.In Muharram July 1991 I was at PAF Base Masroor. Seh Roza Jamaat went to Korangi. Squadron Leader Muhammad Bakhsh was Base Religious Officer. He was with Jamaat. On 10th Muharram, Bakhsh Sahib took us to Dar Ul Uloom to see Taqi Usmani Sahib. When we reached there, everybody was running to the library. The people told us that Taqi Usmani Sahib was in the library and was reciting a special Hadith. We followed the crowd and reached Library.

I seek from Allah that fasting on the Day of Ashura may atone for the sins of the preceding year.

He also mentioned this Hadith and its background in his memoirs yaaden ( یادیں) episode number 50.

14. After that Bakhsh Sahib met Taqi Sahib and he took us around the Dar Ul Uloom. He showed us Graveyard and boy’s hostel. Every room had three or four beds. There were chairs and tables with table lamps. The affording students were charged fee and hostel dues. Then he took us to a large yard. There were indigo stains on the ground. He said that the open yard was rented to different factories of the area for dumping / storing their stock.

The other unusual thing was that we saw a small Moharram procession beating Dhole in Korangi. 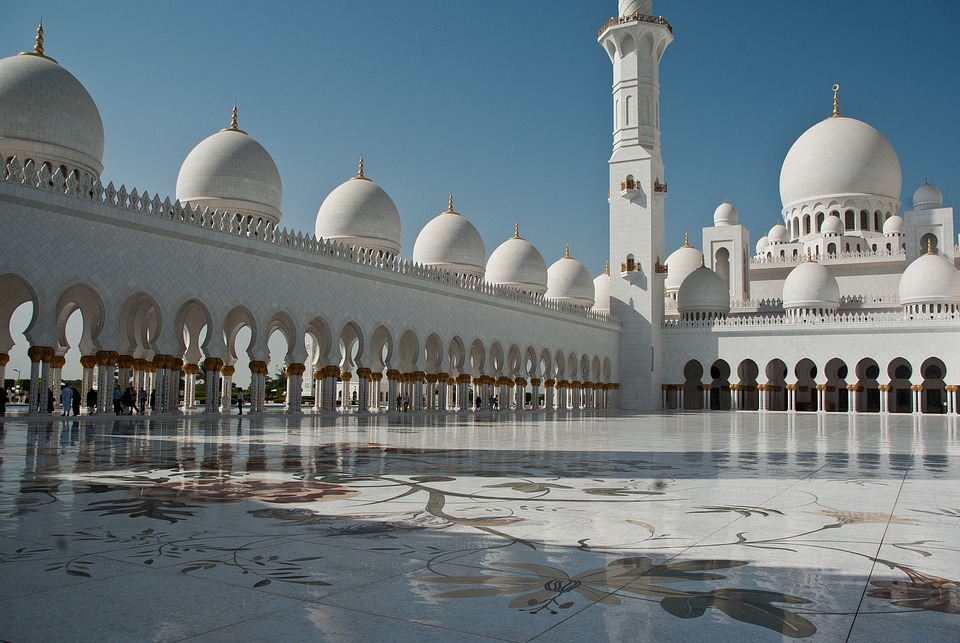