He passed middle school in 1928 from Shamasabad Attock. He got basic education from Maulana Saad of Jalalia and Maulana Abdur Rehman of Hameed. In 1930 he went to Mazahir-Ul-Uloom Saharanpur. Then he studied at Dabhel Gujrat (India)in 1931.He joined Deoband in 1932 for ‘Daura-e-Hadith.  He passed Maulvi Fazil exam from Punjab University. His famous teachers were Mufti Jameel Thanvi, Maulana Bader Alam Meerathi and Maulana Hussain Ahmad Madni.

Qazi Sb made Bait to Hazrat Hussain Ahmad Madni in 1936 and added Hussaini to his name in this context. After his death in 1957 Qazi Sahib started visiting Hazrat Ahmad Ali Lahori more frequently. In 1962 Hazrat Lahori awarded him ‘Khilafat’.

After completing his studies at Daarul-Uloom-Deoband, Qazi Zahid-Ul-Hussaini taught in ‘Madrasah Muhammadia’ in his native village Shamasabad for 12 years. In 1942 elders instructed him to go to Dalwaal (Chakwal) which had influential Ahmadi community. There he stayed for two years.

In 1949 Qazi Sahib became Khateeb of Jamia Masjid Attock. During this period, he also taught ‘Bukhari Shareef’ and ‘Tirmizi Shareef’ at Akora Khattak.

In 1953 he joined DI Khan College as lecturer of Arabic / Islamiyat. Here he stayed for six months. Then he was transferred to Abbottabad college where he stayed till 1962.  Here he delivered Dars e Quran / Hadith at mosques of Kunj Jadeed & Qadeem, Karimpura and Masjid Kabulian. His last appointment was at GC Attock for ten years and founded ‘Madina Masjid’ Attock. He performed first Hajj in 1939. He retired in 1972.

In 1997 Qazi Sahib passed away. He is survived by 3 sons; Arshad -Ul- Hussaini, Rashid-Ul-Hussaini and Ibrahim Saqib-Ul-Hussaini.

I was student of KE Medical College Lahore from 1975 to 1981. During that time Hafiz Anwar Sahib was Imam of Timber market masjid Ravi Rd Lahore. I had interaction with him. He was nephew of Qazi Zahid Ul Hussaini and was earlier Imam of Farooqia Masjid Attock. Later he joined PAF as Khateeb.

Arshad Ul Hussaini was senior to us in school / college. He attended PTC course. Later he joined Jamia Ashrafia Lahore for Hadith education. We visited each other in Lahore.
Arshad Sahib is very witty unlike the traditional Ulama. I was at Murree in 2002. He made me a call to check accommodation available with me, I replied” دل میں جگہ ہونی چاہیئے”.

He said, no, I want JAGA in your house; I can’t stay in your heart for long two days. I first met Saqib Sb at HMC Taxila Masjid when he was memorizing Quran Pak.

Madeena Masjid is the most beautiful mosque of Attock and is worth seeing. I took my family to see it in 2003. It reflects the aesthetic taste of Arshad Sahib. Madeena and Hanfiya Masjid of Qazi Anwar Sahib are located in the same street but are four blocks apart.

Qari Suleman Sahib of Taxila was Imam of Farooqia Masjid Attock in 1973. He belongs to Abbottabad and is a student of Qazi Zahid Sahib. He is gem of a person and my mentor. I went to first Seh Roza with him in 1973 with a grand Jamaat from Attock to Islamabad. This introduction to Tablighi Jamaat changed the outlook of my whole family. Qari Suleman maintained a library at Farooqia Masjid. I spotted a book (داڑھی کا وجوب از مولانا ذکریا صاحب). Qari Sahib was reluctant to issue this book fearing that this book was a bit bitter for a newcomer in Tabligh like me. I submitted; I may not grow beard but let me have the clear idea of the legal status of beard. Earlier I thought that beard was Sunnat like Miswak. Keeping it was good but shaving it was not something too bad. This book convinced me that growing beard was WAJIB, واجب; so, I opted for that.

Things went smoothly till my departure for medical college. Abba Ji came with Razor & mirror. He asked me to shave. I refused. Abba Ji said, if you don’t shave, we will take you to Akora Khattak in place of KE. We left for KEMC next day with beard on. Alhamdo Lillah beard never proved a hindrance in passing the highest medical exam or getting job / married.

Once I had lunch at house of Qari Suleman Sahib at Taxila. The food was too salty. After the lunch Begum Qari consulted about her blood pressure. I said as the first step, reduce the salt intake. She said earlier we used too much salt but now we have reduced salt intake. And at meal you have seen that. I commented, if this is the reduced level then what was your earlier routine. Did you take salt by lumps “کیا آپ نمک کے پھکے مارتے تھے ؟”. She responded, Look at this kid of yesteryears. He is trying to make us wise.

Qari Sahib is at HMC Taxila since 1975.He converted the existing Masjid into HDC (Heavy Deeni Complex). He has written his autobiography named, Meri Kitab Zindagi. During my stay at medical college, he arranged financial support for me. Now his son Usman had replaced in HMC. He has built HDC-2 at Mohra Shahwali Railway Station where his other sons are teaching.

Qari Suleman is blessed with 4 plus children. As per tradition he consulted Qazi Zahid Sahib for giving them resembling names, like Usman, Imran etc. As he approached for 4th time, Zahid Sahib commented…You have exhausted my vocabulary.

From 1960s to 2000 there were two large Eid Prayer gatherings. At Eidgah Imam was Jamia Masjid Khateeb and at Lalazar Qazi Anwaar Ul Haq led the prayer.

There were two minor gatherings at Madeena Masjid led by Qazi Zahid Ul Hussaini and at Badshah Sahib Masjid Bijli Ghar. I often prayed at Eidgah. After prayer I visited Qazi Zahid Sahib. Dr. Burq was invariably present there. I was always impressed by his knee folded respectful sitting posture there. He politely put the questions and intently listened to answers by Qazi Sahib. What a scene to see two pillars of knowledge interacting in a polite manner.
In 1982 I offered Jumma prayer at Kamilpur Syedan Masjid. Two young boys met me after prayer. They had come from Abbottabad to see Dr. Burq, I led them to the house of Dr. Burq on the Burq Rd.

In 1972 I was in first year. There was a Tablighi Ijtima going on in Jamia Masjid. Somebody told me that a Turkish Jamaat was attending Ijtima. I went to see Turks but couldn’t find them. Rest of the Ijtima proceeding was of little interest to me at that age.

A Tablighi Jamaat from Baluchistan came to Attock in late 1970s. They spoke Persian. I took them to Ghulam Rabbani Aziz Sahib. He was brother of Dr. Burq and lived at Burq Rd. He warmly attended us. He apologized that he was not able to speak Persian because of lack of practice.

NOTE:
Qazi Zahid Ul Hussaini Sahib was Interviewed by Usman Ghani. That interview is the backbone of this write-up

Mon Mar 21 , 2022
Memories of the golden Campbellpur of the sixties by Dr. Abdus Salam 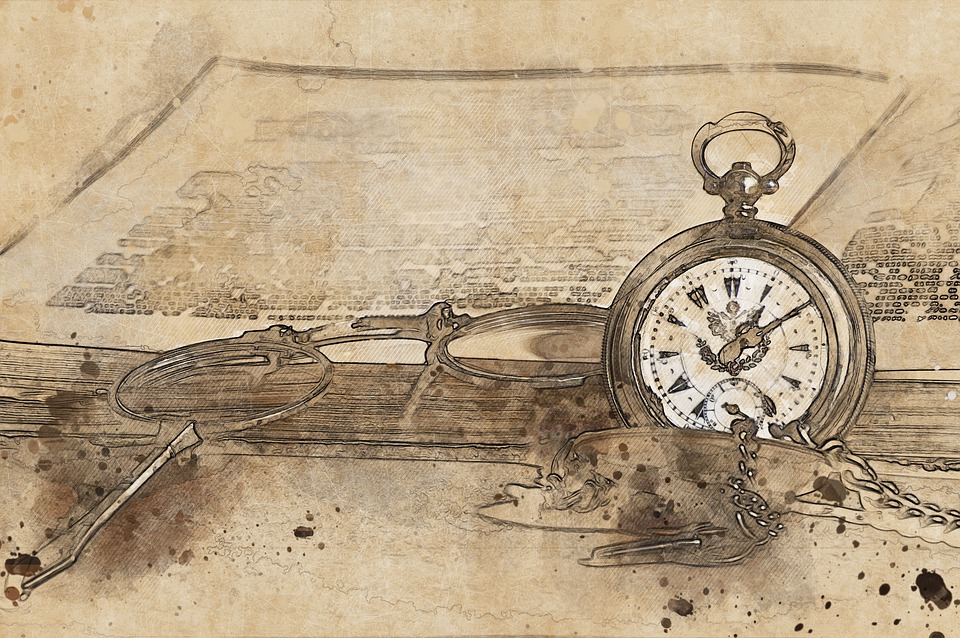