After many years, I once had a chance meeting with him in Rawalpindi. I was greatly moved by his affection and endearment. Later, once he came to see me with Younis Khan, alumni of the College at the Foreign Office. I saw a true sense of achievement and happiness in his eyes. He had, by then retired and was living in the UK. Prof. Ayyub sahib occasionally sent me letters from UK. A few years later he passed away. May Allah SWT rest his soul in Janna and reward him for his selfless and dedicated service. Ameen

Ayyub Sahib was the first person whom I met on my first day at GC Attock .My house was near new hostel gate .When I entered the college, First Year Fool was written on my face .He stopped me and looked through my documents. He gave me Shabash for getting good marks in Matric and welcomed me to college.

I remained in touch with Ayyub Sahib even after leaving college.

Younus Khan was at GC Lahore when I was at KE. I met him there several times.Later Yunus Sahib joined GC Attock as lecturer before moving to customs

Ayyub Sahib was very good disciplinarian. He made the boys to offer prayers by knocking their doors and saying

in rapid mode this became

Ayyub Sb once narrated a very funny incident. Sir as per his early morning routine was going around new hostel, waking up boys for Fajr prayers.  He found one room vacant & the bed was not occupied, but there was loud snoring. So, he looked under the bed– lo and behold there was a rascal catching up on his sleep, hoping to avoid Ayyub sab early morning wake up call.

Dr. Ashraf was an old boy of Pilot Secondary School Attock. He did Diploma in Engineering from Rasul College Mandi Baha Uddin. Then he privately improved his qualifications.  I was his Mohalladar in Chhoi East Attock ۔ Initially he lived near Farooqia Masjid on rent. Then he built his own house near Ahmadiyya Prayer Hall. One of his daughters was class fellow of my cousin in Girls school / college. As a young child his son Nadeem Ashraf attended the door knocking by three questions.

Dr. Ashraf added Al Hussaini to his name because his forefather was Baba Hussain Kohli, who founded Mohalla Mirpur Hussain in village Kamra Kalan. Kohli is a subcaste of Gujars. Sir Ashraf was from Kamra Kalan. He was uncle of Professor Hafiz Banaras.

Please be careful when dealing with Rizvi, Nakvi, Hashimi, Hussaini and Abbasi.  Contrary to classical practice they may be related to Maulana Ahmad Raza Khan, Toot Nakka, Hashim Khan, Baba Hussain Kohli and Abbas Khan Dhund. I have personal knowledge of such cases.

Ashraf Sahib was a great philosopher and learned man.  He was very fond of Greek philosophy.  He   wrote many readers in   different languages. He was a very simple, cool and calm person. He used to come to college on a cycle. I was initially in his group. The classroom was in the Butler block near staff room.

There was a Jasmine plant outside this classroom. And luckily that plant is still there in 2022. Abdus Salam is a beneficiary of this Jasmine plant since his college days…picking the dropped Flowers

Level of Sir Ashraf was a bit high for me. I couldn’t follow him so I went to the section of Habib Ur Rehman Sahib. Habib Sahib said, I can’t enter your name in the attendance register. Ashraf Sahib has not spared you and you didn’t follow the proper channel. I submitted; Sir I have come here to stay in your section. It is immaterial whether you enter my name in the register or not. I kept on attending classes with Habib Sahib. But officially I was marked absent. Ashraf Sahib remarked in the class about this unexpected act by saying. He is a good student. I don’t know what has made him crazy. At last Habib Sahib was kind enough to put my name in the register. By that time, I had been marked absent for 10 days. Scholarship for absentees was deducted as a penalty. But all this didn’t affect my respect to Ashraf Sahib and his caring attitude to me.

I bought my first watch (Camy) in 1975. When I met him, wearing wrist watch, he was fatherly happy. He asked a few questions about the Camy watch.

Aslam was our classmate from arts group. He was a tall boy with glasses. He was with us in English section of Ashraf Sahib. He was ever ready to do small acts of Khidmat for teachers (especially Ashraf Sahib).

I feel lucky to have association with Prof Ashraf sb as our English teacher.He was a great scholar . We were too naive to grasp his prophetic words at that time.Now I feel that for such a scholar , intermediate classes  were too small a level to teach.  And Campbellpur was too small a city to absorb his wisdom.

May Allah bless his soul in Jannah, Ameen.

Dr. Ashraf Sahib retired in 1990 after 25 years of service. He did Ph.D. in 1993. Topic of his thesis was Qazi Abul Aslam Tila Muhammad Peshawari.

Dr. Ashraf Sahib lived at Samanabad Lahore after retirement. His routine after retirement was that he studied books, then lay in the bed and then again after some time was studying books. At times searching in the cupboards and taking out favorite ones and most of the times studying Holy Quran.

He died on July 15th 2019, at 10.30 AM. He was lying and became sort of uneasy. I asked…. is there any problem? He said… no. Then again, I felt there was something wrong. I asked, is there any problem in breathing, or any pain. He again said, no. But I felt that he was feeling a slight problem in the breath, so I helped him in sitting position. But he put his head towards his chest. I changed his position to reclining, but suddenly felt that he was not breathing. That were his last moments.  He was buried in Sabzazar Lahore. May his soul rest in Peace.

Wed Mar 16 , 2022
Qazi Sahib once mentioned that luckily prayer mark on forehead is my identification mark. 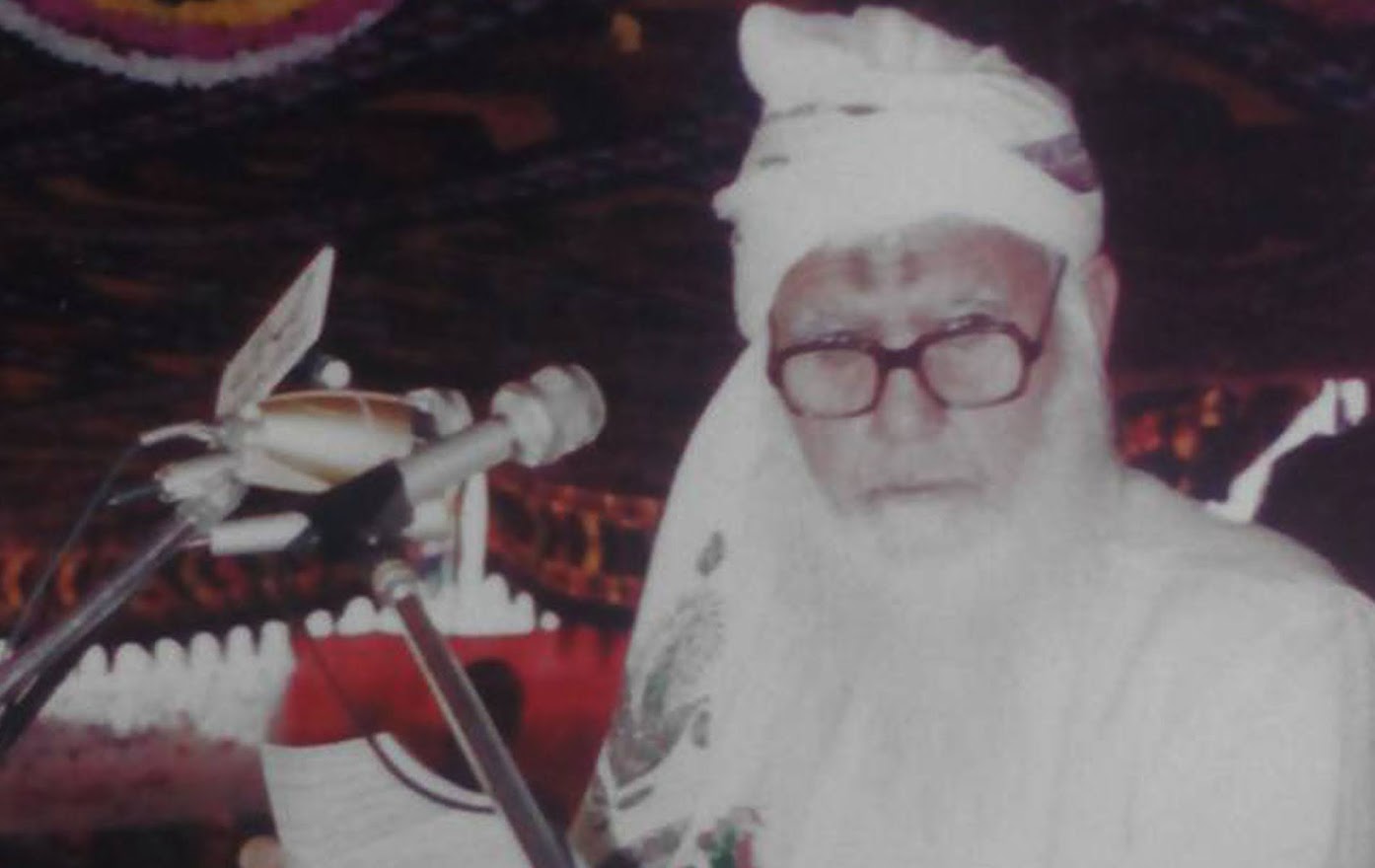