Both my writers and readers know that I believe in publishing articles at the earliest, but this time it could not happen. It took three months to publish this article. Dr. Abdus Salam Sb sent me this article on 12 June 2022 and the next day I told him that I would arrange for Haseeb Sb’s picture and publish it. But this task did not turn out to be so easy and I had to go to Haseeb Sb several times in this regard. Meanwhile, he asked me to show him the article, then I took a print and gave it to him. A few days later, when I went there, Haseeb Sb said that some information was missing. He wants all that information to be included in this article as well. So, it was decided that he would write them down and I would take them during the next meeting. During this time, his health was not good. After that, he went to Lahore for a few days. Some days he was not available and some days I did not go myself. Then, after some days, I took that writing from him. The story is getting long. In short, his staff gave me the picture a couple of days ago. What should have happened now was to rewrite the article based on the information he provided, but I was not the author of it. Then I put a title between the two texts. And published it today. In this regard, I would like to express my special apologies to Dr. Abdus Salam Sb.

He was teacher of we three brothers at MC Middle and Pilot School Attock. Nadeem made a call to Haji Sahib and desired to see him. He warmly replied سر آنکھوں پر Most welcome.

Abdus Salam and Nadeem Us Salam met Sir Haseeb Ut Tawwab Sahib at his residence Bijli Ghar More Attock on 5 Jun 2022.He was very happy to see us. Abdus Salam was classmate of his son Dr Shahid Haseeb. Nadeem was class fellow of his two sons…Zahid and Abid. Earlier I called on him in March but he was asleep. We left a message for him.

Sir was mentally very alert and recalled our earlier attempted visit. He also recalled Hifz of Nadeem at matric level. Nadeem earlier approached Abid Haseeb with a questioner about life events of his father. Haseeb Sahib mentioned it also.

Haseeb Sahib was fluent in conversation and clear in thoughts. But physically he is too weak and even going to washroom is taxing. He regretted that he was not able to do Sajda in prayers. He even can’t go for Jumma prayer. Last he offered Jumma at Islamabad while staying with Shahid Haseeb a few months back.

He served us with Cold drink، Plums, peaches and apricots.

I commented that in Afghanistan every spherical thing is called Aaloo…

Potato is…… a universal Aaloo

Haseeb Sahib enjoyed the comments and added that a

Haseeb Sahib insisted for lunch but kissing his hand we begged leave. Hoping to see him again.

Haseeb Sahib had early education at home and joined school in sixth class. It was a coeducation setup. After 1947 the things became worse, and Banday Matram anthem (بندے ماترم) was sung at school. So, they decided to leave India. They reached Attock (Pakistan) in 1948. By that time communal riots had come to an end. In Attock he joined High school. On the basis of interview, he was placed in 8th class. He narrated more than ten names of high school teachers  which I sadly forgot.

He Matriculated in 1951 and joined pre-medical group at GC Attock. Here his biology teacher was Dilawar Sahib . Professor Naseem had recently joined as Physics lecturer. Other teachers were Dr Zafar and Saeed Sahib. Pre-medical group had 37 students. More than ten became medical doctors.

Haseeb Sahib joined BSc but later switched over to Arts group. Roll number 29 Haseeb, topped all the subjects in third year except English. After BA he joined Law College Peshawar. In the introductory speech the principal said, Those who want to stay away from Lies, better leave the law college. So, Haseeb Sahib left for Masters in English from Peshawar University. Later he did Masters in History from Gordon College Rawalpindi.

He joined teaching line and had first posting at District Board School Fateh Ullah. Then he joined a school at Bahdur Khan. Later he was appointed Headmaster at MC Middle School Campbellpur. He taught Agricultureزراعت باغبانی to our class. In 1971 he qualified Public Service Commission and was appointed Headmaster of High school Fateh Jang. Later he was posted to Pilot School Attock. He retired in 1996 from Higher Secondary School Jand.

In public service commission he was asked about the saying, Spare the Rod and spoil the child. He answered that he punished only twice and it was not his common practice. He further said the child was at school for five to six hours. The eighteen hours spent away from the school had major role in forming the child.

Haseeb Sahib recollected the names of two odd boys whom he punished. One was Shada Shah brother of Ashiq Kaleem PPP. In F-block he was next door neighbor to Haseeb Sahib. Shada misbehaved with a teacher. Karim Bakhsh Sahib was going to punish him. But Shada snatched the rod from him. Next day Haseeb Sahib thoroughly beat Shada in the assembly as public punishment. Shada ran to the gate and Haseeb Sahib followed him with rod. Thus, he physically pushed Shada out of the gate. Then he officially expelled Shada Shah . Abdus Salam is eye witness of all this.

There was great pressure on Haseeb Sahib to let Shada join the school. Syed Kabeer Ud din Gilani was father of Shada. He was influential political figure of Kashmir refugees. Azmat was AC and appointing authority of Middle School staff. Abdul Hameed Suharwrdi advocate was member / chairman of Municipal Committee.

All pressurized Haseeb Sahib. But he refused to admit Shada unless he apologized Karim Bakhsh Sahib.

Haseeb Sahib  married in 1953 while he was a college boy. He has 8 kids and 24 grandkids. Kids are Shahid PhD, Khalid BA BEd , Tariq MA, BEd, Abid , Zahid , Atif MA,MBA , Naheed BA and Rabia. ln 1968  Naheed Bb was the only girl student in the Boys MBAV Middle School Campbellpur. Haseeb Sahib was happy that all his children except Abid were in education department. The two dozen grandkids have enviable academic record and are Engineer, Doctor, Textile Designer, MBA, Interior Designer, MA and writer. Daughter of Dr. Shahid won Gold Medal from Quaid e Azam University. ‘I Wear a Wig’ was the first book of  Sophia Abid .It was  published in 1918. She became the youngest author ever to have a book published by Author House UK.

Shahid Haseeb was my classmate from 6th to 8th in Middle School Campbellpur. We shared bench in 8th class. Very soft spoken with Safari suit as his trade mark / انتخابی نشان۔. We both had Waleema lunch on same day in Dec 1984.  I lost contact with him for more than a decade. Then he was rediscovered during Old Friends search mission 2021. He said that he had done PhD. I asked with whose permission? He was a bit confused at this foolish question. Then I said, All the major decisions in life must be done with consultation and Dua of elders and friends. He understood and enjoyed the joke. Diabetic Retinopathy has affected eyesight

Haji Haseeb Sahib shifted from F-BLOCK to Fateh Jang Rd Kamilpur Syedan and then to Bijli Ghar More house (کوٹھی۔. Kothi in his words) in late 1970s. Abdur Rauf Jami says that Nadra office operated in this building from 1973 to 1976. Presently Haseeb Sahib is running Sir Syed school at this place and is living upstairs with his wife .

A few lines about Nadra Attock. Abdur Rauf Jami was in Pre-Engineering section of our GC ATTOCK Class. In 1970s it was called non-medical group. But Pre-Medical guys never opted for name Non. Engineering group. I lost to Jami Sahib in Physics society election 1973.

Jami Sahib was an early worker at Nadra Campbellpur. According to him, the office changed many rented buildings e g. Haseeb Manzil Chhoi Rd, Eidgah Qabristan office, Old Lorry Adda, Hunt Hall and the present Kamra Rd building with a splendid sign board. I wonder why the government could not arrange its own building in fifty years

Shabbir Khattak says, Haji Haseeb Ut Tawwab sb is a household name in Attock. He is a legendary figure. We can call him Sir Syed of Attock for the sincere contributions he made in promoting education. I am honored to study under his able leadership in pilot school (1979.84). He was strict disciplinarian who never compromised on ethical values. Leading by example he instilled these values in the students

Professor Wajahat Ashraf Qazi Sahib says, Haseeb Ut Tawwab Sahib is a great friend and elder brother. I played badminton with him in the hall of Pilot Secondary School (my Alma mater 1958.1963). Haji Sahib is open minded. He enjoyed jokes even when they targeted him. A few months back he telephoned me. May Allah grant him a long and healthy life. His services in the field of education cannot be forgotten.

Thanks-The writer is thankful to Dr. Shahid and Asif Jahangir for their valuable input. Asif Jahangir was my FSc 1972.74 class fellow at GC Attock.

(b) Champion in badminton (c) University Color in Badminton

No doubt he is one of the best educationist and administrator Attock district has ever produced. Now he is serving the nation by running educational institution “Sir Syed Higher Secondary School” Bijli Ghar mor, Attock where Iqbal’s Shahen’s are produced in abundance.

Languages and Tribes of Attock 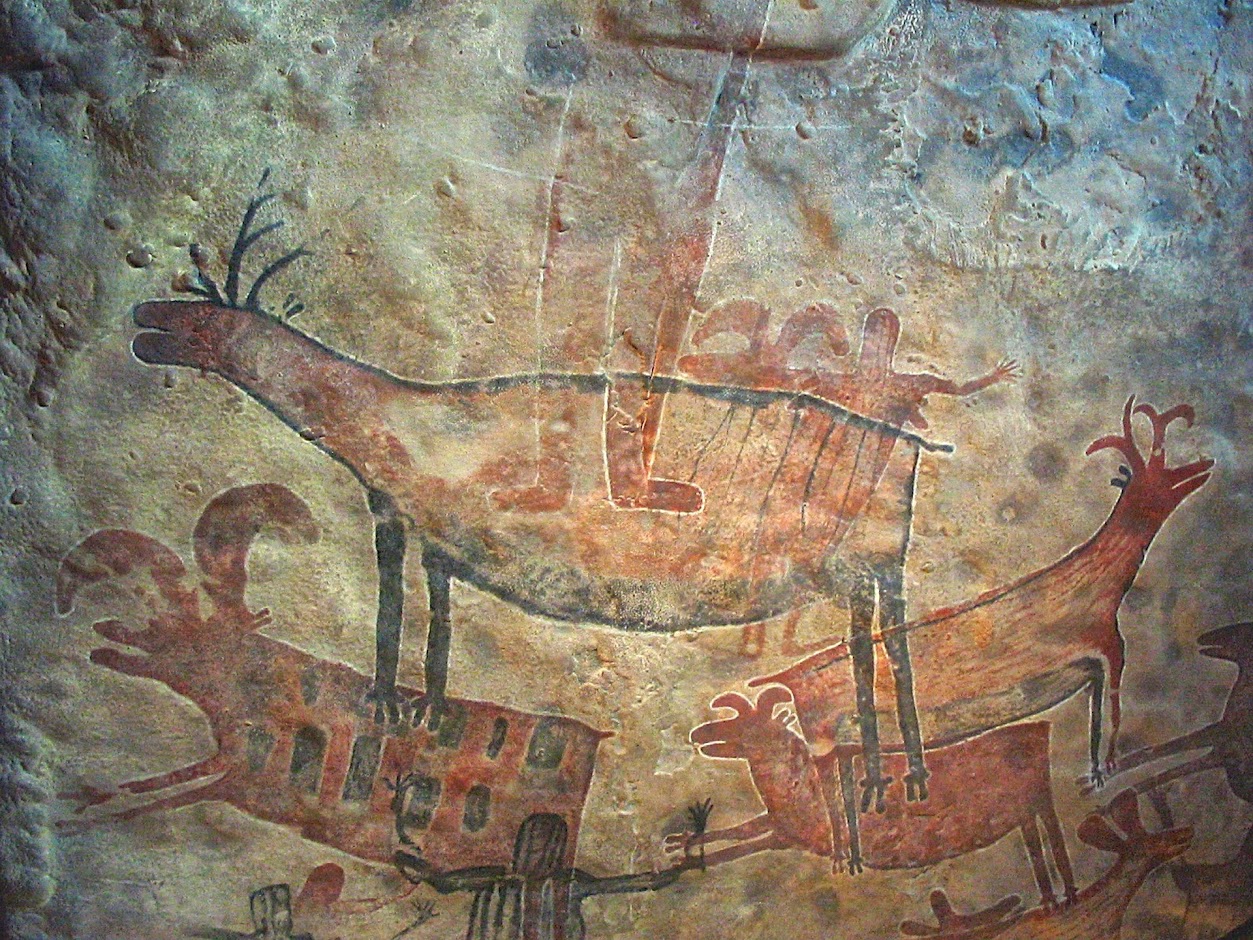