IN 1848 —- By Lt Col C Herbert Bengal Staff Corps
(For private circulation only)
Printed at the Military Orphan Press Calcutta 1866
Summarized by Dr. Abdus Salam [email protected]
Note. Attock fort was built in 1583. It saw its last siege in 1848 by Sikhs. It was defended by Lt. C. Herbert. He wrote a 24 pages booklet about the defense of the fort.
My battalion the 18th Regiment Native Infantry was at Lahore in October 1847. Major Lawrence was the Commissioner at Peshawar. He wanted some officer to drill the Durbar Troops there. I was appointed for this job. I left Lahore on the 18th May 1848 with Nizam Ud Dowlah Osman Khan and his family. We reached Peshawar on the 6th June. Osman was the father-in-law of Shah Shujah of Afghanistan. After the fall of his son in-law, Osman was now a pensioner of the British Government. At Peshawar I taught the English mode of drill to the Durbar Troops consisting of 4 Regiments of Sikhs and 2 of Hindustanis. I also raised a Regiment of Peshawaries.
In first Anglo-Sikh war 1845 the Sikhs were defeated. The British Government instead of annexing Punjab entered into a treaty with the Sikh State. Maharaja Duleep Singh was on the throne. A Council of Regency was appointed to rule during his minority in consultation with a British Resident at Lahore. An intrigue was carrying on among the Sikh Troops to expel the British from Punjab. In May 1848 discovery was made of a conspiracy by the Maharani to corrupt the fidelity of the Hindustani troops of the British Government stationed in the Punjab. After a careful trial the Maharani herself removed to Benares.

During my stay at Lahore, Vans Agnew and Anderson were massacred by Multan by Moolraj who immediately raised the standard of rebellion with the view of expelling the English from the Punjab. When I proceeded to Peshawar a general rising of the Sikhs was expected. Captain Abbott Deputy Commissioner in Hazara informed the Resident of revolt of Sardar Chattar Singh Attariwala Governor of Hazara. To prevent the Fort of Attock from falling into hands Chattar Singh Major Lawrence detached me to Attock on 1st September 1948. My intelligence officer Saadullah Khan of Chhachh told me the news that Nicolson had defeated the Sikhs at Margalla pass and drove them back to Hazara.
Major Lawrence sent me reinforcements of Yusufzai, Afridies & Peshawaries. There were 1,200 Afghans in the fort. We started preparations to stand a siege. Water was brought in pitchers from the outside. The fort had a reservoir within the walls, supplied by the river. But this had been choked with sand. We removed a vast amount of sand and water from river filled the reservoir.
Sikh Troops at Peshawar rose against Major Lawrence on the 23rd October 1948. He ran to Kohat to take the protection of Sardar Sultan Muhammad Khan. Chattar Singh entered Peshawar on the 3rd November. Two days later Major Lawrence & Lieutenant Bowie were given up by Sardar Sultan Muhammad Khan to Chattar Singh.
When I heard of these events, I made up my mind to the long-expected attack. I administered an oath of allegiance to the Pathans of my garrison. They solemnly swore on the Quran to remain true to the British Government and to hold out the Fort to the last. In return I gave them a written promise of protection and reward to them and their families. To prevent the possibility of the gates being opened by any treachery we blocked the gateways by raising a large mass of heavy stones against them.
On 10th November Sikh force coming from Peshawar opened fire from guns at Khalilabad fort. Then the main camp of the Sikh army crossed the Indus Rivers moved close to fort walls. They placed two batteries near Sarai, 3rd battery was to the south east of the Fort & 4th in village southwest of fort. From these batteries the enemy bombarded the fort from the 10th November to the 2nd January. They used to commence at dawn and continue till mid-day. The breaches in walls were rapidly advancing. During the nights we constantly repaired the damage done in the day. Any active assault on the place was never intended. The Sikhs wanted to wear out my men’s spirits and to induce them to desert me.
Sardar Chattar Singh compelled his prisoners Maj. Lawrence and Lt. Bowie to write letters asking me to give up the fort without resistance. I had many reasons for holding my isolated position as long as I could. It would occupy a large portion of the enemy’s force and detain them from swelling that under Raja Sher Singh. I had to consider the safety of the Afghan nobles & my garrison particularly the Artillerymen who had sworn fidelity to me. I knew well how little trust could be placed in Sikh promises so I declined these offers. My difficulties increased daily. Numerous desertions took place. I had the greatest difficulty in getting loan from the traders living in the fort. I explained to them that it was to save themselves and their families from the plunder of Sikhs. No efforts were spared by the Sikhs outside to induce my men to turn against me.
Towards the end of December Ameer Dost Muhammad Khan with a large force reached Jahangira. He issued proclamations calling upon all Muslims to join him in Jihad against the English. The arrival of the Ameer had natural effect upon the minds of my men. We had now been shut up in the Fort for four months. Soldiers were wearied by constant watching and the never ceasing work of the defense of Fort. My resources were exhausted. Our food was reduced to worm eaten grain. My Muslim soldiers could not stand against their brethren of the Faith commanded in person by Ameer of KABUL On 2nd January 1849 the Dost’s army with himself in person reached Khairabad. I was most reluctantly compelled to yield to the advice of my chief Officers Nizam Ud Dowlah, Syed Aheya Ud Deen and Shahzadah Jamhoor to evacuate the Fort. During the night the garrison commenced leaving the place in tribes with their matchlocks loaded. It was then that I permitted the Officers to leave the place. They had prepared a rope ladder with which to get down the wall into the bed of the river and on the river, itself had a raft supported in inflated skins and by this means they all got safe away.

After their departure I left the fort place. We moved up the bed of the river and passing between the two camps that of the Dost Muhammad on the right and of the Sikhs on the left bank. While attempting to get away between the two camps under shelter of the darkness of the night we met a patrolling company of Sikhs we were made prisoners. We were marched into the Sikh camp and seated in an open space carefully guarded. I saw the red glare of a great fire rising from the fort. Durranies were first to enter the fort and burnt the houses in the fort. When I woke the following morning, we were surrounded by Sikh soldiers. They heaped the vilest abuse. This continued for four days during which first Sardar Khan was put to most cruel death. Then Saadullah Khan and his uncle were removed.
I remained a prisoner of the Sikhs till 12th March on which day Major Lawrence Lieutenant Bowie, myself and the others were permitted to join General Gilbert’s camp. Two days later the Sikh army under Raja Sher Singh laid down their arms to General Gilbert and the campaign was at an end. 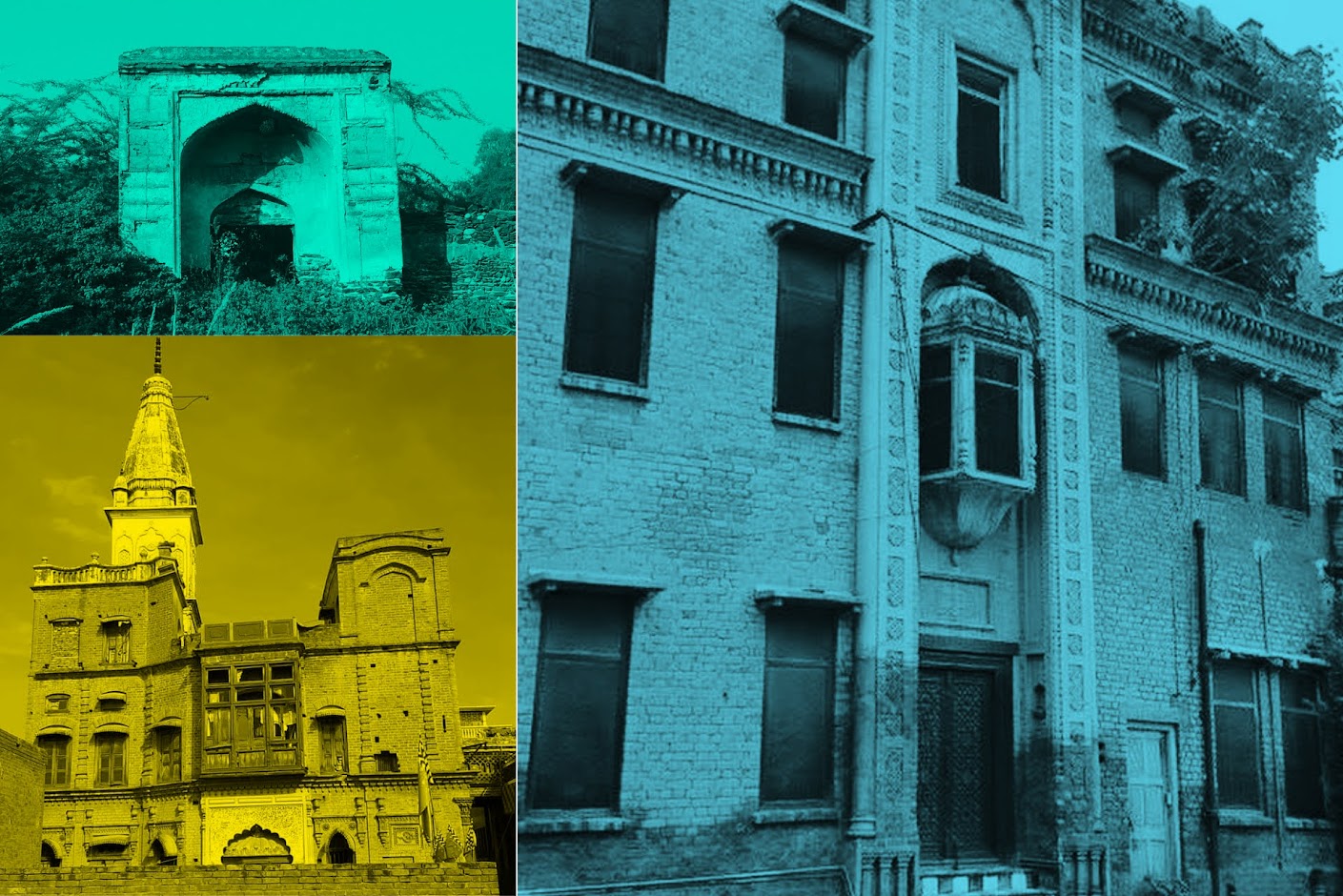