Mufti Muhammad Shafi Usmani (Movement Pakistan leader, renowned religion)
Mufti Muhammad Shafi Usmani, an important leader of Tehreek-e-Pakistan and Grand Mufti of Pakistan, taught at Darul Uloom Deoband. He was one of the important teachers of Darul Uloom Deoband. He resigned from the university in 1943 and joined the Pakistan Movement. He left his native Deoband and migrated to Pakistan at the invitation of Maulana Shabbir Ahmad Usmani. Arriving in Pakistan, he was the first to participate in the constitution-drafting process in Pakistan and, as promised by the Quaid-e-Azam, paved the way for the implementation of Shariah in Pakistan. In 1951, he established a large Madrasa Jamia Darul Uloom Karachi in Korangi area of Karachi which is today the largest religious madrasa in Pakistan. Mufti Muhammad Shafi Usmani passed away on October 6, 1976 in Karachi.

Wasim Akram (Leading Pakistani Cricketer)
Wasim started playing cricket in 1984 by playing for Pakistan Automobiles Corporation. He later moved to County Lancaster, UK in 1988 to open.
Wasim Akram, Pakistan’s famous fast bowler started his Test career on January 25, 1985 at Auckland in a Test match between Pakistan and New Zealand. He did not score any runs in this Test match and took two wickets for 105 runs. His Test career lasted from 2002-2001, during which time he played in 104 Test matches and took a total of 414 wickets. He was also a good batsman and scored three centuries, including a double century against Zimbabwe.
According to Wikipedia, Wasim Akram was a famous Pakistani bowler who is considered to be the best left-handed bowler in the world. Born on June 3, 1966 in Lahore, Pakistan, the bowler became the first player to take more than 500 wickets in ODI cricket. He took 502 wickets in 356 ODIs. Wasim Akram is a commentator nowadays.

Shaukat Hussain (well known tabla player)
Ustad Shaukat Hussain was born in 1928 in Pahguara district of Jalandhar. His father used to sing Ustad Maula Bakhsh Dharpad. Ustad Shaukat Hussain received his initial training in playing Pakhwaj from them. After his death, he continued to receive training in drumming from his elder brother. In 1945, he joined All India Radio, Delhi, where he had the opportunity to take advantage of Hira Lal, a student of Ustad Gami Khan. After the formation of Pakistan, he came to Lahore, where he was trained to play the tabla by the famous teacher, Ustad Qadir Bakhsh Pakhaoji. Ustad Shaukat Hussain accompanied all the great singers and composers of his time and received gifts. Among them are Rasool Bai, Ustad Ashiq Ali Khan, Bade Ghulam Ali Khan, Ustad Omid Ali Khan, Ustad Abdul Waheed Khan, Ustad Bhai Lal
Muhammad Sangeet Sagar, Ustad Bandukhan, Queen of Music Roshan Ara Begum and Ustad Amir Khan Indore. In 1984, he was awarded the Presidential Medal of Excellence by the Government of Pakistan. The list of students of Ustad Shaukat Hussain is also very long.
Among them are Abdul Sattar Tari, Ghulam Sabir, Azhar Farooq, Bashir Ahmed, Muhammad Ajmal, Iqbal Hussain, Tahir Ali and Patrick Anthony. Fayyaz Park Cemetery in Lahore, Mughalpura.

Michael Madhu Soodan Dutta (Bengali poet and playwright)
1824 Michael Madhu Sodhan Dutta, Bengali poet and playwright. He is considered to be one of the earliest Bengali drama writers. Michael has also experimented with ghazal, romantic and tragic poetry. Madhu Sudan Dutta is considered as one of the great poets of Bengali literature. He is also known as Baba Bengali Sanat. What Amtrakshir Chand (Nazm-e-Maara) calls it is its originator. However, his first love was poetry in which he has shown his amazing abilities as an allegorist. Madhu Sudhan is the first person to write a play in Bengali style in English. In this style, dramas are divided into two parts, dramas and scenes. Michael Sodan Dutta is also the inventor of satirical dramas in Bengali language. Michael Madhuso Din Datta died in 1873.
….
Reference:

Mon Jan 31 , 2022
Dr. Syed Kashif Hussain has been posted as District Health Officer, Attock. Orders have been issued by the Secretary, Primary and Secondary Health Department. 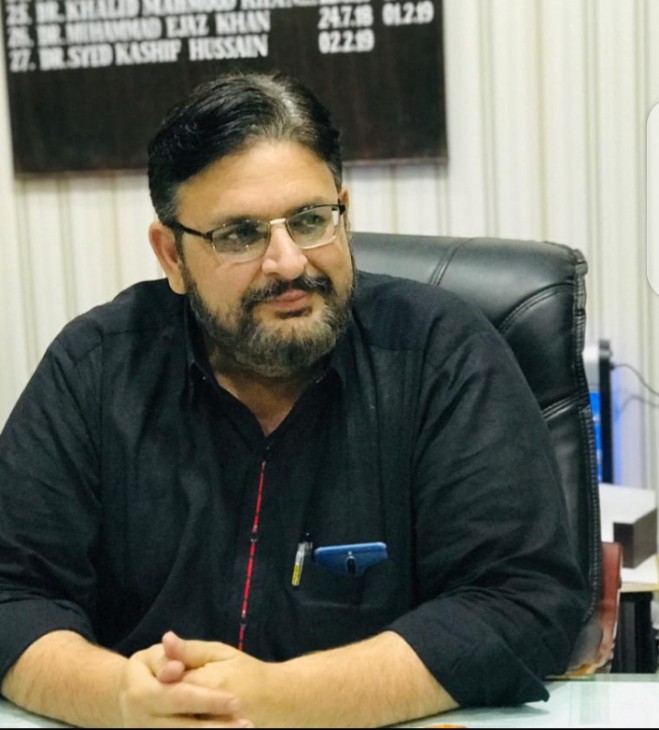