January 12, 1993 General Abdul Waheed Kakar was appointed Army Chief of Staff from January 12, 1993 to January 12, 1996. General Abdul Waheed Kakar was born on March 20, 1937 in Peshawar and was commissioned in the Pakistan Army in 1959. Prior to his appointment as Chief of Army Staff, General Abdul Waheed Kakar was posted as Corps Commander Quetta. He served at Chonda Front in Sialkot in 1965 and at Sulemanki Headworks in 1971. At the time of the death of General Asif Nawaz Janjua, the seniority list included Lieutenant Generals Rahm Dil Bhatti, Muhammad Ashraf, Farrukh Khan and Arif Bangash respectively. Perhaps General Kakar did not even have the illusion that he would be appointed Army Chief. Gen. Abdul Waheed Kakar’s name was included in the list of Lieutenant Generals to be released by GHQ who was to retire in August 1993. As soon as he took over as the Chief of Army Staff, General Waheed had a number of issues before him, including the proposed visit of the Chief of Army Staff to the United States in February 1993 and the political situation in the country. The new Clinton administration had taken power in the United States. Pakistan was not declared a terrorist state by the United States but was on the watch list. Against this background, this would be the first visit of a military chief of any country after the arrival of the new administration, but General Waheed was not ready for this visit and at the same time the political situation of the country was not allowing it, General Waheed said. Has postponed its visit to the United States. The disadvantage of this postponement is that Pakistan’s relations with the Clinton administration have not improved for the next eight years. Disagreements between the President and the Prime Minister over the appointment of General Abdul Waheed Kakar continued to escalate. On April 18, 1993, President Ishaq Khan dissolved the National Assembly and dismissed the Nawaz government. The army supported President Ghulam Ishaq Khan’s decision. The Nawaz government was restored by the Supreme Court on May 26, 1993, but the administration of the state came to a standstill. Anti-Nawaz governments were formed in all four provinces. In Punjab, the federal government tried to establish its writ through Rangers. Failed by The opposition announced a long march. In such a situation, General Waheed Kakar helped to resolve the issues politically through shuttle diplomacy, although at that time many politicians advised him to impose martial law in the country but he did not do so. In 1993, the president and prime minister resigned. After the election, a new government was formed and Benazir Bhutto became the Prime Minister. In September 1995, military intelligence foiled a plot to overthrow the military, which had already been completed. An Islamic government will be established in the country by assassinating Azam and his family. Major General Zaheer-ul-Islam Abbasi was leading this rebel group. All the people were arrested and court-martialled. General Abdul Waheed Kakar’s tenure was coming to an end. Which was rejected by General Waheed Kakar and on 12 January 1996 he resigned from his post.

January 12, 1996. General Jahangir Karamat was appointed Chief of Army Staff on January 12, 1996. He remained Chief of Army Staff till October 7, 1998. At the time of General Kakar’s resignation, General Jahangir Karamat was the most senior general, so he was made the next Commander-in-Chief. General Jahangir Karamat was born on January 20, 1941 in Sialkot and joined the Pakistan Army in 1961. He served on the Akhnoor front in 1965 and on the Shakargarh front in 1971. During his career he earned degrees in international relations and war studies. He continued to teach Strategic Studies at the National Defense University and Military Science at the War College.He also served as a military adviser in Saudi Arabia in the 1980s. During his tenure, President Farooq Leghari fired Benazir Bhutto’s second government. General Jahangir Karamat is said to have sent a message to the President and Prime Minister through Speaker National Assembly Yousuf Raza Gilani that the sooner the differences are resolved, the better for democracy. But obviously when the differences reach the individual, then that’s what happened. Elections were held under the interim government. Nawaz Sharif got the chance to become the Prime Minister for the second time. Jahangir Karamat was then assigned the post of Commander-in-Chief as well as Chairman Joint Chiefs of Staff Committee. When Nawaz Sharif clashed with Chief Justice Sajjad Ali Shah, General Jahangir Karamat remained neutral in the fight. In his time, Pakistan also carried out nuclear blasts on May 28, 1998 in response to India’s nuclear blasts. Life was going so well that in October 1998, General Jehangir Karamat, speaking at the Naval War College, suggested that there was nothing wrong with setting up a Turkish-style National Security Council to strengthen the state structure.The Nawaz Sharif government understood from this proposal that General Sahib’s intentions were not right. Therefore, his resignation was accepted on October 7, 1998. He then moved to the United States, where he became involved in scientific and research work at Stanford University and the Brookings Institution. He served as Pakistan’s ambassador to Washington for almost two years under General Musharraf. He later set up his own think tank, the Spare Head Research Institute.

January 12, 1938 Qazi Hussain Ahmed was born on January 12, 1938 in the village of Ziarat Kaka Sahib in Nowshera District (Khyber Pakhtunkhwa Province). His father Maulana Qazi Muhammad Abdul Rabb Sahib was a prominent religious scholar and due to his scholarly influence and political insight he was elected President of Jamiat Ulema-i-Hind NWFP. Qazi Sahib is the youngest of his ten siblings. His elder brothers Dr. Atiq-ur-Rehman and the late Qazi Ata-ur-Rehman were among the Jamiat-e-Islami students. Qazi Hussain Ahmed also started participating in Jamiat activities with him. He studied literature and thus became associated with Jamiat students.

Qazi Sahib received his early education at home from his father. After graduating from Islamia College Peshawar, he did his MSc in Geography from the University of Peshawar. After graduation, she was appointed as Lecturer in Jahanzeb College, Saidu Sharif and taught there for three years. Unable to continue his employment due to party activities and his natural inclination, he started his own business in Peshawar. Where Vice President of NWFP Chamber of Commerce and Industry was elected.

Qazi Hussain Ahmed was elected a member of the Senate of Pakistan in 1985 for a term of six years. He was re-elected senator in 1992, but later resigned from the Senate in protest of the government’s policies. In the 2002 general elections, Qazi Sahib was elected to the National Assembly from two constituencies. After Noorani’s death, he was elected president of the MMA, a coalition of all religious parties. Unlike Fazal Rehman in the MMA, Qazi’s point of view has always been tough. She also spoke of resigning after the passage of the Women’s Rights Bill. Qazi Sahib also put a lot of pressure on the party leadership but none of them could stand in front of the head of Jamiat Ulema-e-Islam Fazlur Rehman. After the Lal Masjid incident in July 2007, he announced his resignation from the Assembly. There were two major mistakes in the life of Qazi Sahib.

You were placed under house arrest after the November 3, 2007 emergency. Imran Khan was handed over to the police on November 14, 2007. Two days later, on November 16, 2007, the government lifted the detention of Qazi Sahib and the leaders of Jamaat-e-Islami.

Qazi Hussain Ahmed has two sons and two daughters. Those who are affiliated with Jamaat-e-Islami including their mother. Qazi Sahib lived in a two-room flat in Mansoura. Apart from his mother tongue Pashto, Qazi was fluent in Urdu, English, Arabic and Persian. He was a great admirer of Allama Muhammad Iqbal, the poet of Islam. He memorized most of his words orally in Persian and Urdu and used them in his speeches and discourses. He passed away on January 6, 2013 in Islamabad from a heart attack He was buried in his hometown of Nowshera.

Sun Jan 16 , 2022
Post Views: 103 Written by : Dr. Aziz Ahsan I am glad to receive the book titled “Sabih Rehmani’s Architetural Role In Modern Na’t” authored by renowned scholar Shaykh Abdul Aziz Dabbag. This treatise provides an account of struggle of Sabih Rehmani for achieving the goal of bringing the genre […] 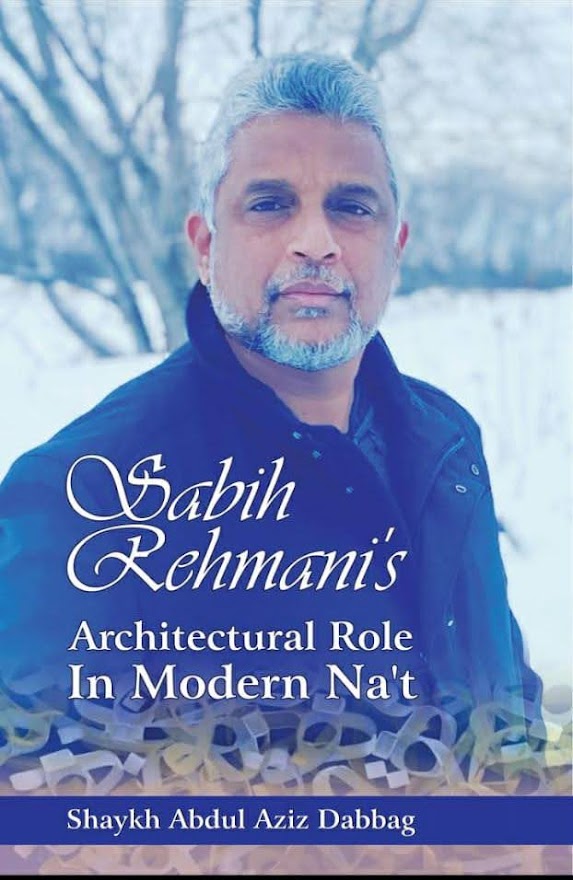