I am glad to receive the book titled “Sabih Rehmani’s Architetural Role In Modern Na’t” authored by renowned scholar Shaykh Abdul Aziz Dabbag. This treatise provides an account of struggle of Sabih Rehmani for achieving the goal of bringing the genre of Na’t in the main literary stream. Sabih Rehmani is the only Na’t poet who presents himself his poetry before audience in his melodious voice and gained popularity as a highly applauded Na’t reciter as well. Furthermore, he is the only Na’t poet cum reciter who possesses the vision of literary standards and wishes to make Na’at, a recognized literary genre with intellectual, aesthetical, subtlety and artistic high literary values. To translate his dream into reality he endeavoured to bring Naat Rang book serial into existence and gained warm reception from literati of the world of Literature.

Sabih Rehmani, though possesses popularity among the masses due to his high-quality recitation, yet he does not feel satisfied with the general blind admiration of masses. Hence he wants to infuse among poets, reciters and audience an awareness of literary norms for creating and presenting Na’t. This is why he brought out Naat Rang serial, for introducing the long ignored principles of criticism, to evaluate the text of Na’tia poetry with parameters of excellence.  He is fortunate to make liaison among the scholars world over.

I found Sabih’s resemblance with the French Poet and Critic Stephaney Mallarme, who famed for his salons for occasional gatherings of intellectuals in order to discuss poetry, art and philosophy, in his early age. Sabih got success of getting together intellectuals at his early age through Na’t Rang for standardising the sacred genre of poetry i.e. Na’t. He influenced literary circles through his ideas of making the sacred genre of Na’t at the highest degree of literary creativity.

It is learnt from the book under review, that when Sabih Rahmani broke the ground, he came to know that he was not alone restless for the low standards of the creative activity in the field of Na’t, but there were many others who were feeling dearth of cognizance of critical norms among the poets involved in Na’t writing. This feeling of Sabih paved the way to bring together likeminded scholars for contributing written material for Naat Rang.

Shaykh Abdul Aziz Dabbag has covered all aspects of Sabih’s literary efforts highlighting his multifaceted personality covering his skill of editorship, editorial writing ability, his calibre of catching attention of critics, his poetic genius and his consciousness of sensibility of theme of Na’t, besides his melodious performance into masses.

Dr. Tahirul Qadri appreciated Sabih’s proposal of establishing Na’t Chair at the Minhaj University Lahore and arranged the same without losing time. This is a big achievement of Sabih Rehmani for promoting scholarly extra sensorial activity in the realm of Na’t.

Thus the treatise has become a compact and comprehensive document for general introduction of a literary stalwart none other than Sabih Rehmani.

I would borrow the words from Prof Dr. Rauf Parekh to pay homage to the author.  Dr. Parekh writes:

“I congratulate him on this useful work and hope that it will guide the coming generations of researchers who would work on Na’t, its significance, place in Urdu literature and Sahib Rahmani’s commendable work in this field.”

THE JOURNEY OF LIGHT, KNOWLEDGE AND AWARENESS...“SHAOOR-O-IDRAAK”

Sun Jan 16 , 2022
Post Views: 913 Commentator: Mujahid Jatoi (Khanpur) “Shaor-o-Idraak” is not just a name for a person to recognize his own self and then become an advertisement of this personal identity.“Shaor-o-Idraak” does not mean that man seeks something better by observing the four sides, but a deep study of the six […] 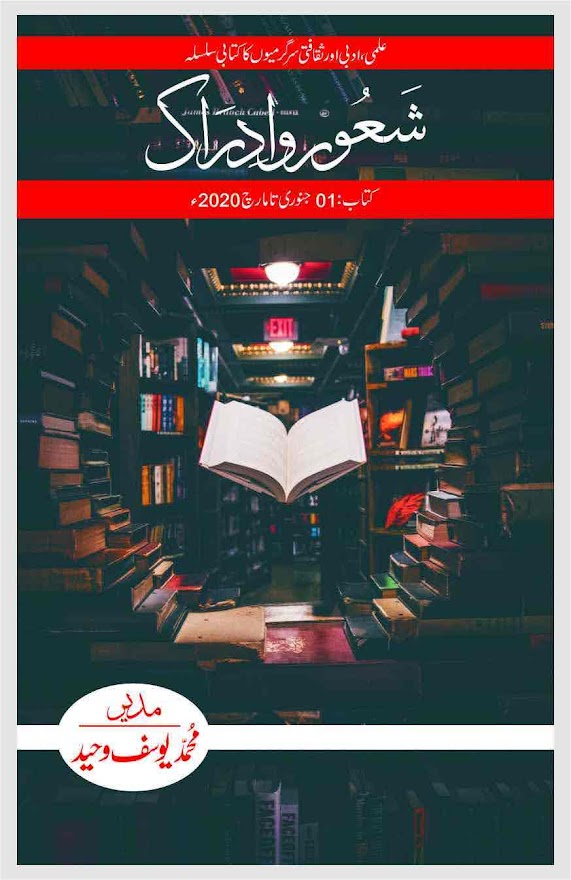