Malik Ghulam Hussain Talagang was father of Shah Nawaz and Haq Nawaz. He was a contractor. His Lal Kothi was a landmark in Kamilpur Syedan. Now they have opted for some other color.

Major Gulbaz Talagang was father of Malik Ijaz. He was likely the earliest occupant of officer’s colony.  His son Malik Ijaz was colleague of my father in Military Accounts.

I served with Col. Riffat in Nakyal Kashmir. He once mentioned University of Jassian jokingly. He was living on Iqbal Road. Major Sufi was his father.

Brig. Raja Ghaus had house at Naz cinema Chowk. His son Dr. Ghias Khan was with me at CMH Rawalakot as medical specialist. Raja Humayun is / was the eldest son of Brig Sahib. Professor Mehr Sultan Sahib was neighbor of Malik Shah Nawaz. He was one of few teachers of GC Attock, who had a car.

Baba Feroze was a member of masjid committee. Chacha Gulab Kashmiri was our permanent Rahbar in Tablighi Gasht. He was buried in Dhoke Sharfa CB graveyard in early 1980s. Major Khurshid was the first army officer of local Kashmiri family.

Not seen most of them since along. We all shared the same Masjid at Kamilpur Syedan,

سلام ما برسانید ہر کجا ہستند, Please convey my Salam to them wherever they are.

Maj. Akbar served in China before 1947.He was a great conversationalist. He had multiple topics to elaborate upon. He gave fatherly attention to we minor.

After retirement he served in civilian capacity at Record office Artillery Centre. He started a bus service from Attock to Talagang.

Major Akbar Talagang was chairman District Council Attock in1982. His sons Baseer, Saboor and Shabbir are/ were my friends. His official residence at retirement was near CB Public School aka Angrezi school. Later on, he built a grand house in Kamilpur Syedan officers’ colony.

He once fatherly scolded me on an issue concerning local prayer leader in 1982. Col. Sher Ali and Jahanzeb Advocate Talagang were on my side. Maj. Akbar had soft corner for the other party.  At that time, he was chairman District council.

He passed away in 1986. I attended his Janaza at Niraghi, Talagang. Wallet of his son Major Dr. Shabbir Akbar was sadly stolen during the Janaza.

Major Akbar served in Hong Kong from 1934 to 1944 as a soldier. During 2nd world war he was captured by Japanese and kept in detention camp in some Island. He escaped with 3 others . After walking 21 nights in dangerous areas, he reached the safe place.

He got commission in Pak Army in 1948. He was very sympathetic and he enjoyed   respect from his juniors and   seniors alike.  He always helped poor and deserving peoples. As good service honor, he was allotted 100 acres land in Pano Aqil in 1970. He also got a residential plot on 99 years lease in Attock Cantt where he built the house with an annexy in 1973.

Saboor is still serving in Alain Dubai. Baseer is residing in askari 7 with his daughter (w/o Dr. Ali Bashir s/o Brig. Bashir Baz)

Now among next generation Ma Sha Allah there are 12  ( پورا درجن) MBBS doctors ( mostly ladies )and one  dental surgeon . Alhamdo Lillah this all is because of Grace of almighty Allah &   sincere efforts / vision of our father. May Allah bless him, my mother and Phoophi ( who taught us Quran Sharif ) , Jannat Ul Firdous Ameen.

Fri Apr 1 , 2022
Dr. Abdus Salam recounts the beautiful memories of the past. JB 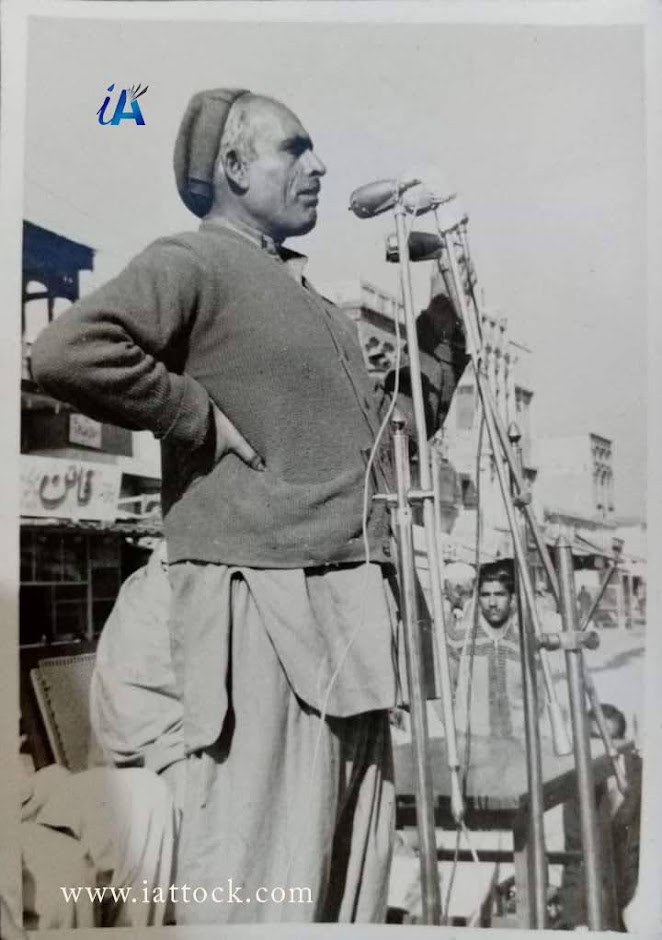