In 1942 my mother ,Dr Diljit Kaur was posted to civil hospital Campbellpur ( It was located where now Government College for women stands) The hospital had houses of the two doctors, one male, one female. Houses were large with decent courtyards, and had “gardens”.Nearby was the office of the Civil Surgeon (District Health Officer).

Our residence was near “small pox ward”. There were occasional cases of patients with suspected small pox. We, the children in the family, were vaccinated every year.

It was World War -2 time. In 1943, the civil defence staff started digging trenches . There were only practice air raid sirens.

In 1943 there was Bengal famine. In Punjab many things were also in short supply, and there was rationing of atta and sugar. Import of wheat, maize and sugar into the city was banned even for domestic use.

Paper was in short supply. This made the writing of essays etc. difficult. Math’s did not suffer too much – the custom was to use “slates” at school. We could write with a “slate pencil”سلیٹی۔… rub off and write again.

For writing Urdu, Devanagari, Gurmukhi, or Farsi, we used Takhti. The takhti was also a useful weapon of defence .

We used a black ink with Reed pen for writing on the takhti, and with a “Zed” nib, for writing in Urdu, on paper. The War curtailed the supply of decent paper made by Shree Gopal Paper Mills . Ink too was in short supply. We learnt to mix various ingredients to produce a primitive ink.

Factory made soap was scarce. Our parents made soap out of sodium hydroxide and sarson ka tail..سرسوں کا تیل.Toothpaste was not available. So, a substitute was made at home – ground up charcoal mixed with ground salt.

I went to Campbellpore in my 7th class and chose Farsi and Urdu languages, as opposed to Hindi and Sanskrit which was the other option. A mathematics teacher was Mr. Gandhi

The name of the school was Govt High School ( current Pilot School). . Between the hospital campus and the school games playground was a small stream bed ( Naala between Boys college and Pilot School). It was dry most of the time. Only when it rained did it become a roaring mass of water . If it was risky to cross it , we used to go out of the hospital on to the main road, walk up the road, turn left ( at GPO)towards the school which had its gates on the main road ( opposite Municipal Committee)

The school children were mostly Moslems, reflecting the population composition. I remember four Moslem boys who were very close friends . They were four years older than the rest of my classmates.Once they invited me to their “village” (Kamalpur Syedan)

Our headmaster was Sardar C S Gill. His son was a cadet at the Air Force School Chaklala. One day he flew low over the Campbellpur School. Next moment, there was a bang and the plane vanished. In a few minutes, we learned that he had crashed .

We had scouts in our school. In those days, there were three types of scouts:

In the Western parts of the Punjab, the Hindus wore either a round, brown cap, or a Muslim style turban – sensible to “blend” in to the background.In ordinary school life, all boys were bare-headed. The Sikhs wore turban.
@Most of the pupils wore the West Punjabi Shalwar Kameez. Some of us wore the Central Punjabi Pajama Kurta – which instantly marked us out as “others”.

Campbellpur Snow Fall
In 1943 winter ,one rained. Then, I saw something very unusual. From the clouds above fell cotton wool. It was – snow flakes. For the first time in fifty years, said the locals, it snowed in Campbellpore.

Locust Swarm Campbellpur
In 1 1944, there were two occasions when a live cloud blanketed off the sun for a couple of hours. Swarms of locusts which, we heard, had bred in Africa, flown across the Arabian Sea, gobbled up crops and tree leaves in Western India. The food-less villagers were happy to eat roast locusts.

1945 summer, came the orders for my mother to move again. This had been the longest stretch of schooling I had ever had and I had made friends. The time for farewells. But then the Gypsy Life must take over.

Courtesy: India of the Past

Wed Feb 23 , 2022
Story of an elephant who was court-martialed in Campbellpur. 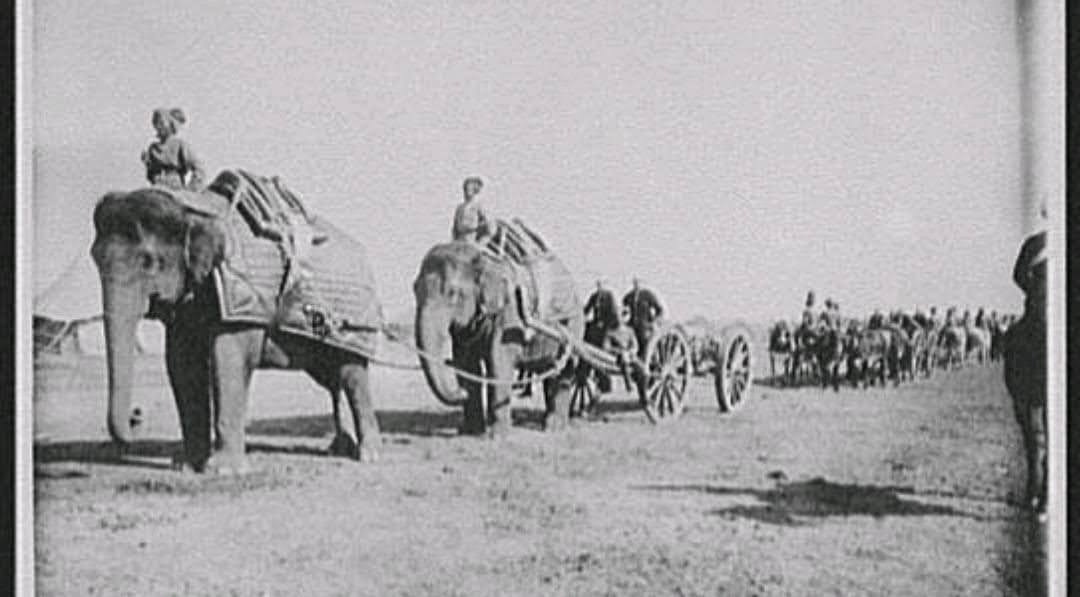