1. Raw hides were given to the Cobblers free of cost except on Eid Ul Azha when nominal cost was charged and money given to Imam Masjid.

2. The hides were applied salt and dried. In winter all the collected skins during the year were placed in Lime Pit and then in Tanning Pit

3.   The hides were dipped in lime water for some days. When hair was loose, they were removed from hides with the help of a piece of broken clay pot (Theekri ٹھیکری).

4. Thereafter, the semi processed hides of cows and buffaloes were stitched and hanged on cemented Tanning Pits with the help of wooden frame. The skins of different trees like Keekar having high Tannic Acid contents were collected by cobblers during the year and dried. These were placed in Pits with water to produce color. The colored water was dropped in these hides to tan /color the hides. It was ensured that these should never remain empty during the process. The Mochis had to wake during night. To do this job they had built Dhoke near to Pits. After completing the process of dying, the skins were dried to form the shape of leather.

The skins of small animal were not hanged but left in Pits for dying.

The top of these shoes was given color with red / green powder obtained from General store.

The top of shoes was further decorated    with golden thread called Tila(طلاء). There were two qualities of tilla. One was called Sucha (سُچّا), which always reminded golden and the other turned black. It took many days to complete a shoe with full tilla on upper .The shoes with full tilla were called Zarri  Jutti (زری) and were prepared for bridal use.

6.Cobblers also mended shoes of the farmers on contract. In return they got grains on harvest. Carpenters and iron smiths were given half share because they maintained the agriculture tools. Cobblers and barbers got quarter share.

7. Fazal Hussain obtained training of making Kohati chappal from his father-in-law of Gandakas and started job in Malhuwala.

Abdul Sattar, Siddique and Hussain spend most of the time of in tanning factories at Hyderabad.

Workplace of Master Muhammad Baksh also served as Baithak. A special grass was laid there. The same grass was laid in Masjid during winter and called sathar (ستھر).

8. Services of butchers were provided by the cobblers. People cursed their animals (مو چیاں جوگا) Let the Cobblers cut your throat.

9. In Malhuwala stable nature of soil permits the Saami (Lahd- Niche) grave to be dug and this is according to Sunnah. In Attock city the nature of soil is sandy and it is not possible to make Lahd (niche).

Duty of water supply at grave was entrusted to the Khadims of the Masjids.

Finishing the stone-slab and fixing them in the grave was the responsibility of Lohars.

Rural Life of the Last Century

Fri May 27 , 2022
Post Views: 686 Dr. Abdus Salam [email protected] POTTERS, ENGLISH KOOZAH and BLACKSMITHS 1. Noor Zaman, Ustaad Abdur Rehman and Allah Jewelia were the last generation of professional potters. They were expert in their job and won many competitions from their relatives of other villages. 2.The clay free from gravels was collected […] 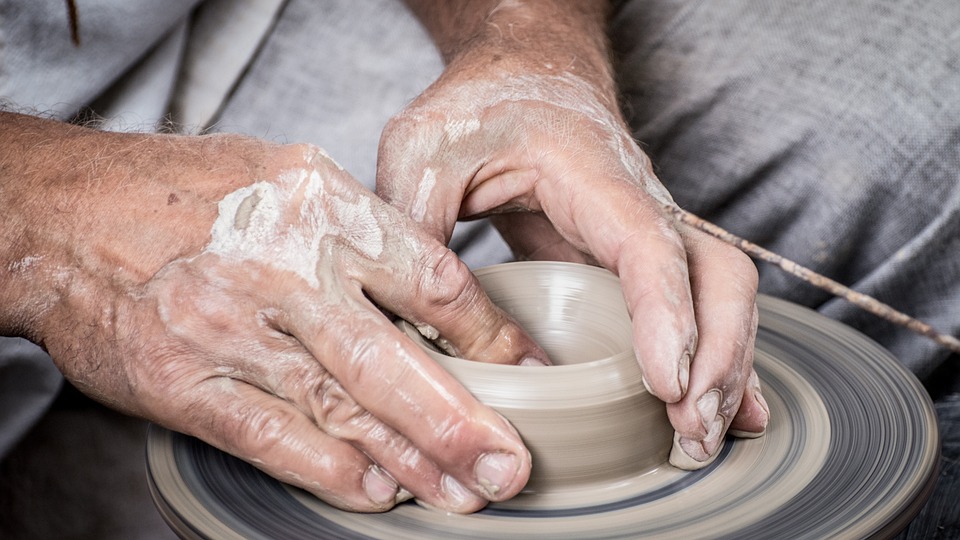