My first meeting with Saadat Hassan Aas was a few years ago at a party on 13th Rajab. I arrived at the meeting a little late, so I sat down quietly. There were some new faces among the acquaintances, one of whom was Mr. Aas. At first glance, I did not realize that he was a poet, but I considered him a dervish until he was invited to present his poetry. When the introduction took place and there were more meetings after that, I became convinced that I was right. I have rarely seen such elegant and humble people in this era, less than the fingers of the hand and Mr. Aas is one of them.

Saadat Hassan Aas was born on October 15, 1952 in Railway Colony, Attock City (Campbellpur). His father Sher Muhammad was a gang mate in the railways. Aas’s ancestors belong to village Gaggan, Tehsil Fateh Jang. His grandfather had settled in Attock in 1922.

His parents passed away when he was at a very young age and the elder sister took the responsibility of his upbringing. Her husband was a Subedar in the Army Medical Corps, and was then stationed in Bannu, Khyber Pakhtunkhwa. Mr. Aas received his early education from Bannu Primary School, then entered the Pilot School Attock in the sixth grade and matriculated from here. He joined the Railways in 1973 and passed the FA exam while on the job. He left his job in Railways in 1979 and joined WAPDA and retired from WAPDA.

Aas is a born poet. He started writing poetry at a very young age and from 1968-1969 he started writing poetry regularly. He enjoyed the company of eminent writers of the time, including Nazar Sabri, Rafiq Bukhari, Hafiz Miskin, Hakim Haider Wasti and other literary figures. In 1986, Aas was transferred to Rawalpindi. In the literary conferences of this city, he had the opportunity to sit with great writers like Rashid Nisar, Prof. Karam Haidari, Munawar Hashmi and Syed Zameer Jafari.

As far as Aas’s art is concerned, 9 books of his poetry have been published so far which are in any case an expression of his poetic character but my personal opinion is that saying naat of Muhammad Mustafa praise be to him is the first, complete and authoritative reference to Aas ’s poetry. I became acquainted with his poetic quality and literary stature from the recitation of Naat by Mr. Aas.

Scholars and writers also welcomed him very well. Zaheer Ahmed from Allama Iqbal Open University completed his M.Phil. by writing the dissertation “Artistic and intellectual review of the poetry of Saadat Hassan Aas” while another dissertation of M.Phil. ‘Saadat Hassan Ka Fun’has been submitted to Northern University.

When his Naat book “Aap Sa Sa Koi Nahi” was in print, he asked me to write a back page which I fulfilled at my first. It is an honor for me to be always present on the cover of the collection of praises of the King of the Universe Muhammad Mustafa, peace be upon him.

Another honor of the land of Bhakkar

Mon Nov 22 , 2021
Post Views: 578 Maqbool Zaki Maqbool was born in 1977 in district of Bhakkar. He is author of two books “Sajada” and “Muntahay e Fikr”. In recognition of his literary services, he was awarded the Kar-e-Khair International Literary Award “Gold Medal” with cash and other gifts for his book “Mintaha-e-Fikr” […] 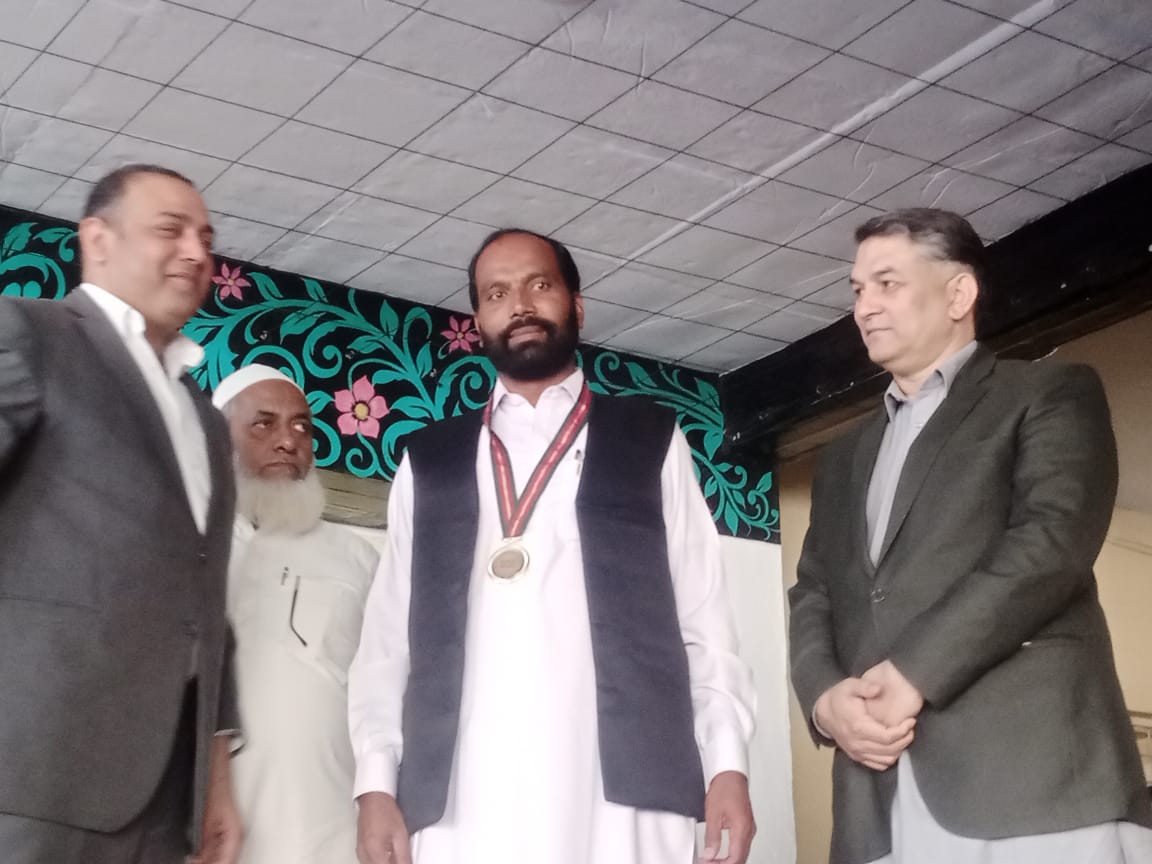